Want to understand how filmmakers enchant their audiences from script to screen and learn how to bring your own ideas to life? With so much media available online it’s imperative that you make films and TV programmes that cut through all the noise. From short films to television documentaries and online video, this course will give you the skills to create exciting visual media for today’s diverse platforms.

93% of Media Production students felt their learning had been well supported by the library resources. (National Student Survey 2020)

You'll have access to an array of industry-standard facilities. These include two black box studios, two multi-camera TV studios, a fully equipped radio studio and a 24-hour-access specialist editing suite. 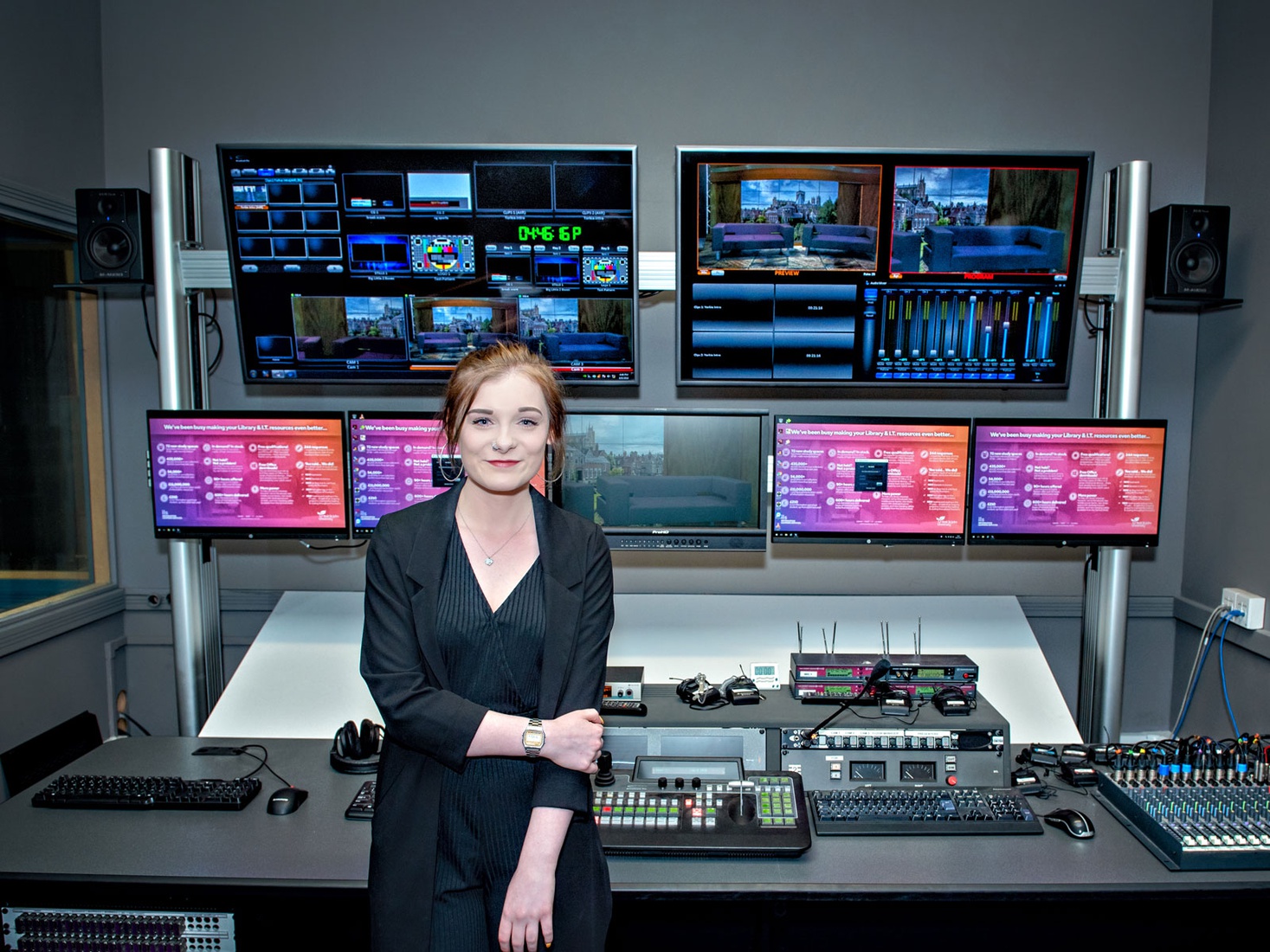 Our past students have visited the Camerimage film festival in Poland, taking their learning outside the classroom and enjoying sessions with big names such as David Lunch and Lana Wachowski. 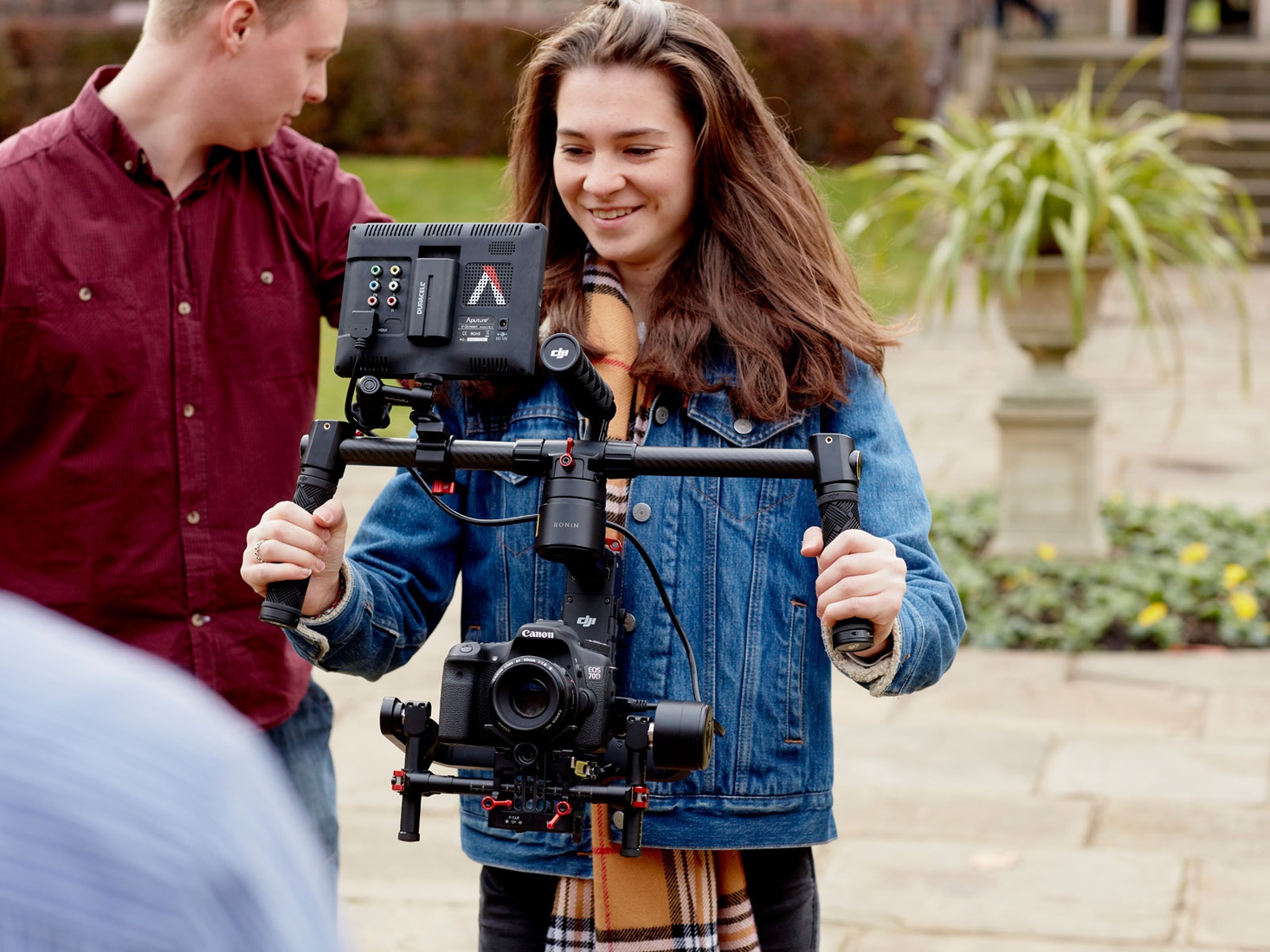 Through our industry contacts you can find work placements that allow you'll to apply your skills and gain valuable experience. Past placements include the BBC, Emmerdale, Orillo Films and many other organisations.