An Evening with Hollie McNish

Join us for an evening of poetry readings by award winning writer Hollie McNish, followed by a discussion chaired by Professor Claire Hind. 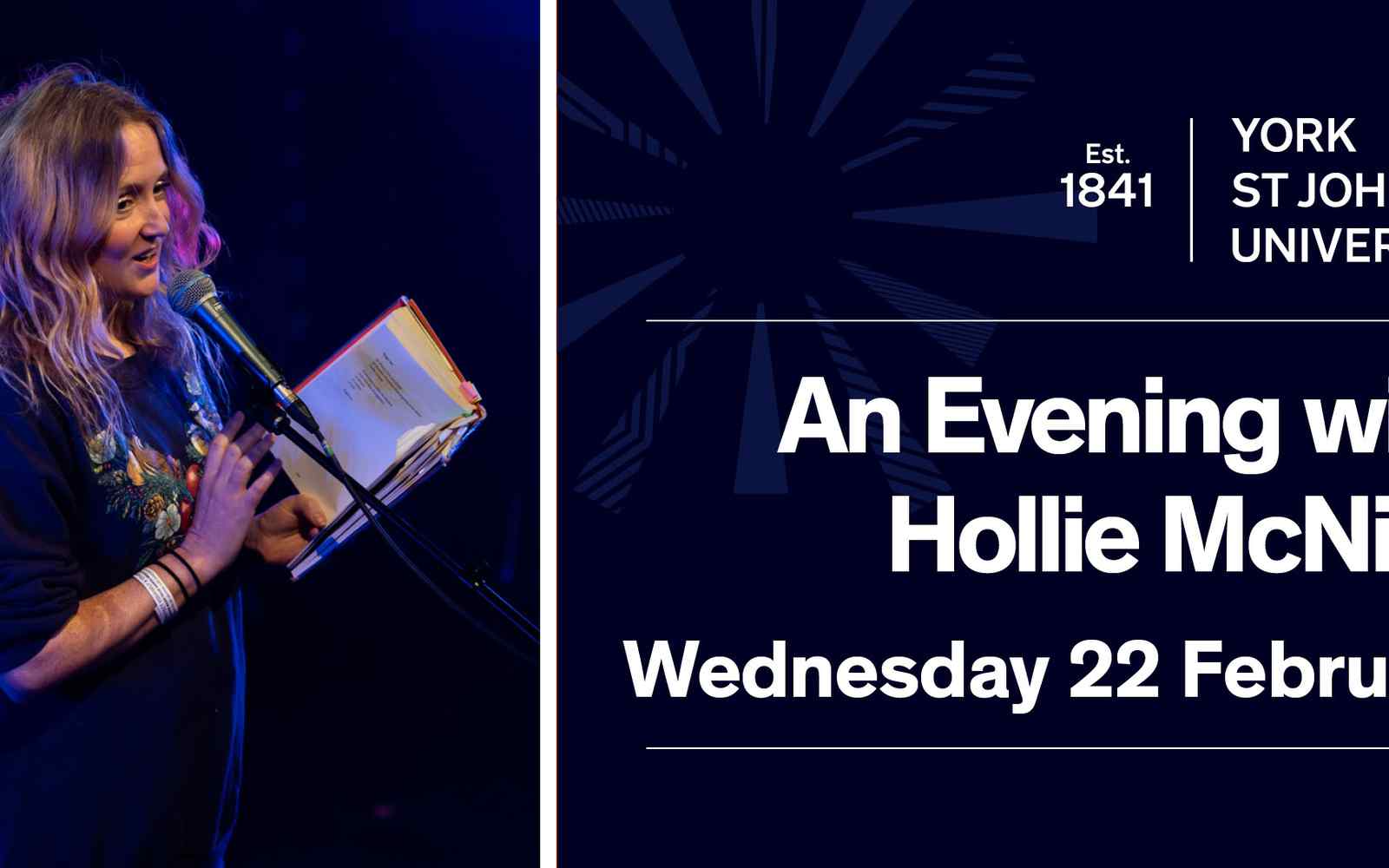 Ted Hughes Award winner Hollie McNish is a poet whose live readings are not to be missed. Expect strong language and adult content ribbon wrapped in carefully and caringly sculpted poetry as Hollie reads from and chats about her latest poetry collections.

About Slug...and other things i’ve been told to hate

From Finnish mermaids and soppy otters to Kellogg's anti-masturbation pants, Slug is a book that holds a mirror up to the world, past and present, through Hollie's driving, funny and beautiful words. A blend of poetry, memoir and short story, Slug is an absolutely joyful read about the human condition: from birth to death and her attempt to manage the tangle in-between.

Hollie McNish is a poet and author based between Glasgow and Cambridge. She won the Ted Hughes Award for New Work in Poetry for her poetic parenting memoir – Nobody Told Me -  of which The Scotsman stated ‘The World Needs this Book’. She has published four further collections of poetry – Papers, Cherry Pie, Plum and her most recent poetic memoir Slug...and other things I’ve been told to hate, which is a Sunday Times Bestseller. She has just completed a re-imagining of Sophocles’ Greek Tragedy Antigone, published Hachette. Hollie loves writing. Her poetry has been translated into German, Spanish, Hungarian, Polish, Japanese and French. She is a patron of Baby Milk Action.

“One of the best poets we have”. – Matt Haig

“Makes me cry and howl with laughter” - Paapa Essiedu

“Her writing is sublime” – Ellie Taylor

“I like some poetry but not really yours” – Hollie’s daughter

Back to events calendar