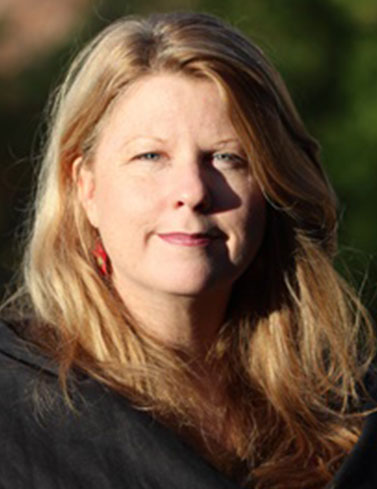 I am Deputy Head of Humanities, Philosophy and Religion. I am additionally Module Director for two modules on the Literature programme – Imaginary Worlds, Researching Science Fiction and Literature at Work, the programme’s employability module.

I am particularly interested in science fiction. My PhD in English from the University of London, Queen Mary focuses on the representations of gender and progressive spirituality in women’s science fiction and fantasy in the late twentieth century. I am currently interested in exploring the way science fiction enables readers and viewers to access secular spiritual perspectives, drawing influence from Deleuze and Guattari’s concept of the rhizome in A Thousand Plateaus (1987). In September 2017 I officially launched an online magazine and umbrella project which focuses on sustainability, spirituality and science fiction entitled Terra Two: An Ark for Off-World Survival.

‘Terra Two: Let’s Get it Right this Time OR My Plan to Save our Species’, presented at York St John’s Research Reflections conference, York, September 2016.

‘Something Bigger than Ourselves’ , presented for the York St John series ‘Narrative and Alternative Futures’, York Theatre Royal, York March 2014

‘Cross-Arts Assessment and the Virtual Gallery: Extending the Creative Project’ (with Dr Keith McDonald) – presented at the conference ‘Beyond the Essay: Assessment Issues in English Studies’ at  Northumbria University in partnership with the English Subject Centre, Higher Education Authority, December 2008

‘A Journey on Coyote’s Tail: Spiritual Vision in Gail Anderson Dargatz’s A Cure for Death by Lightning’ - presented at the BACS conference, University of York, April 2000

‘Is there a god in our future?: Alternative Faces of Divinity in Late Century Women’s SF/Fantasy fiction’ -  presented at the Millennium conference, University of Liverpool, September 1999