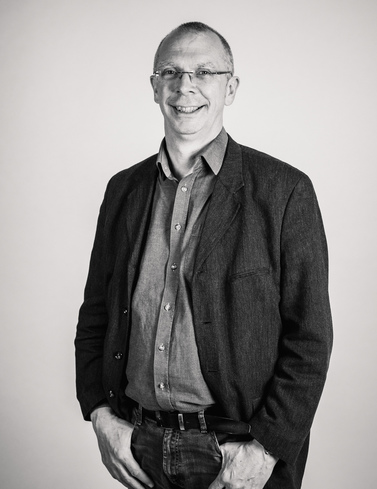 I am responsible for the management of Music, Performance and Media programmes within the Faculty of Arts. I also co-ordinate the franchising of the York St John’s BA Music Studies to SEGi College, Kuala Lumpur. I am a composer whose music has been performed in major venues and festivals in the UK and abroad by such ensembles as the Kronos String Quartet, Brno Philharmonic Orchestra and the Black Dyke Band. My music has been used for theatre, dance and television but in recent years I have written most extensively for voices and instrumental ensembles. I draw upon many sources for my work, including popular styles from around the world, but I count Harrison Birtwistle and Stravinsky amongst my strongest influences.

I have won many awards for his work, including the Michael Tippett Prize and the LCM Centenary Award for ‘Insula Dulcamara’.  I am currently completing PhD composition studies with Roger Marsh at the University of York.

In 2013 my orchestral piece ‘Strata’ was performed by the orchestra of Opera North and subsequently recorded for CD release.  In 2014 ‘Swan’ was included on a national tour by the Delta Saxophone Quartet and the string quartet ‘Vertigo’ was performed in Hong Kong and the USA.  My major choral piece ‘Apocalypse’ received its world premiere as part of York’s Festival of Ideas in 2013 and was later programmed by the Danish National Vocal Ensemble.

Vanitas
For mezzo-soprano, clarinet and cello to texts by Ausonius and Georg Trakl (1984)
First performed by Katrina Makepiece-Lott and ensemble, Selwyn College, Cambridge, 1984

Echoes from a Phantom City
For flute, viola and harp (1985)
First performed by the Parke Ensemble, St James, Piccadilly

Steps Out of Time
For string orchestra and harp (1986)
First performed by the Parke Ensemble (Stuart Dunlop), St Martin in the Fields, London

Bliss
For SATB chorus, based on the medieval English poem ‘Grant us the bliss to see thy face’ (1999)
First performed by massed choirs of the Church Colleges (Marilynne Davies) York Minster

The Field
For SSA chorus, based on a text by Rumi (2007)
First performed by Laudamus (Deborah Catterall), Holy Trinity Church, Ripon

In Darkness…
Three songs for soprano and piano on texts from Dowland lute songs (2008)
First performed by Sarah Bowe and Keiran White, YSJU, May 2009