Founded in 1841 York St John University has been at the forefront of Higher Education for over 175 years.

The college opened with a single student, 16 year old Edward Preston Cordukes from York. 1 more student arrived in July and another 2 in September. These candidates for the college had to bring a certificate with them to show their “moral character, docility and general aptitude”.

The days for students were intense. They would have risen at 5:30am and attended their first study period from 6:00am to 6:45am. This was followed by breakfast and prayers. Between 5:00pm and 6:30pm there was work in the gardens or military drill and after supper more study from 7:00pm to 9:40pm. This was followed by prayers and "gas turned off" at 10:00pm.

1846 the foundation of the Schoolmistresses Training School

In the Summer of 1846, 3 young women carrying their tin trunks arrived at the gloomy building at 14 Monkgate and The Diocesan Institution for Female Teachers was launched.

Every candidate was obliged to produce a certificate of good character from her vicar before enrolling. The dress code was also strict: 'high dresses with neat collars' and no 'ringlets, flowers, veils, flounces and formulas.'

There were 10 students in 1847 and 33 by 1848 all under the strict but caring guidance of 3 pioneering sisters: Winifred, Catherine and Mary Cruse. The Cruse sisters strove and worked for equal levels of attainment between men and women in education and they are commemorated by a blue plaque from the York Civic Trust at the front of the buildings on Lord Mayor’s Walk. 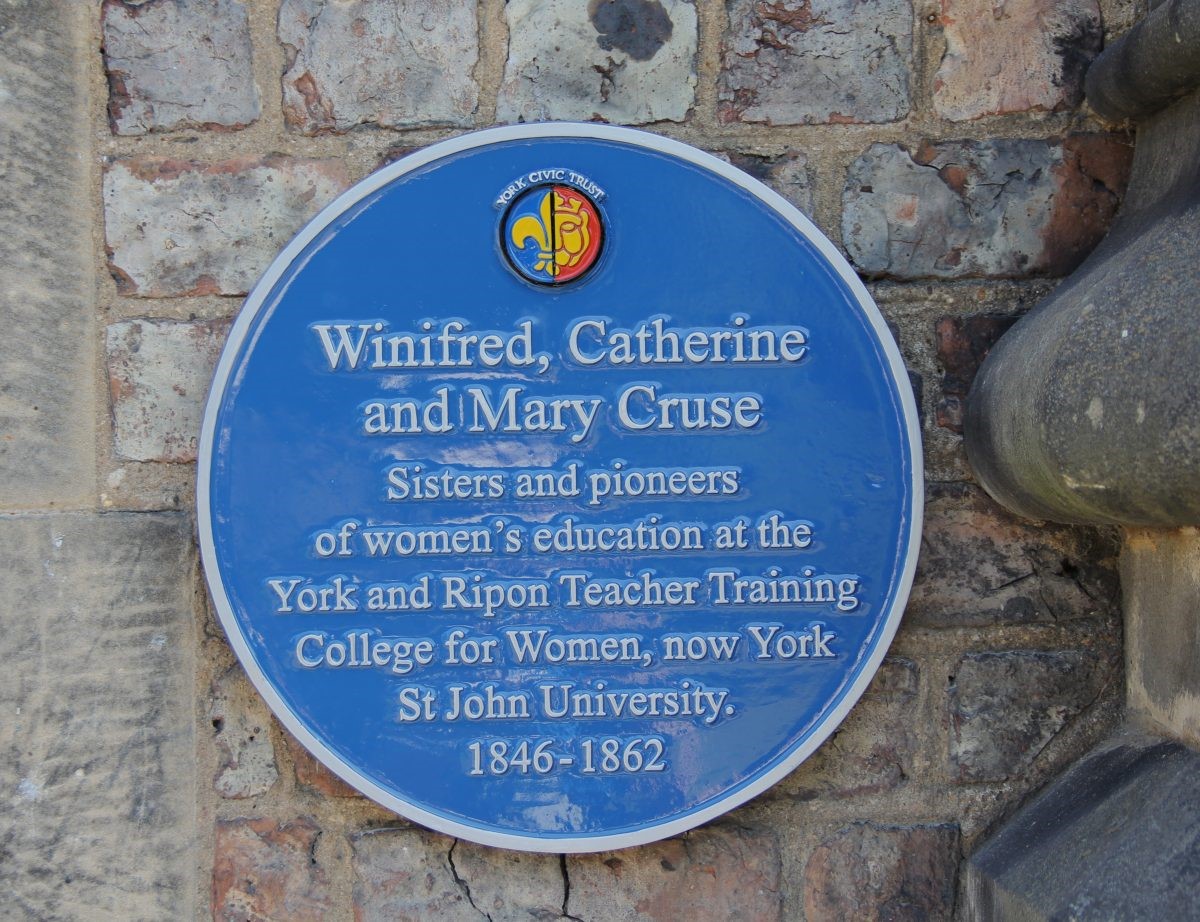 The late-nineteenth century: under construction

1851 The original chapel opens on the Lord Mayor's Walk campus

The chapel cost £1,050 to build and contains stained glass windows telling the Bible story from Genesis to the Acts of the Apostles. At this time, the bell in the Quad building called students to chapel at least once a day and 3 times on Sundays.

Model Schools were meant to provide student teachers with good examples of ordinary elementary schools. Students were not allowed to teach in the Model School but attended to observe and take notes to send to the Master of Method.

After much criticism of the facilities at 14 Monkgate a purpose-built building at Ripon was opened and the female students moved there in 1862. Canon Badcock became the first Principal and remained in post for 28 years. An extract from the 1888 syllabus tells us that 'Each student must have learned at least 300 lines of Milton’s Comus (1st year) and Julius Caesar (2nd year).' 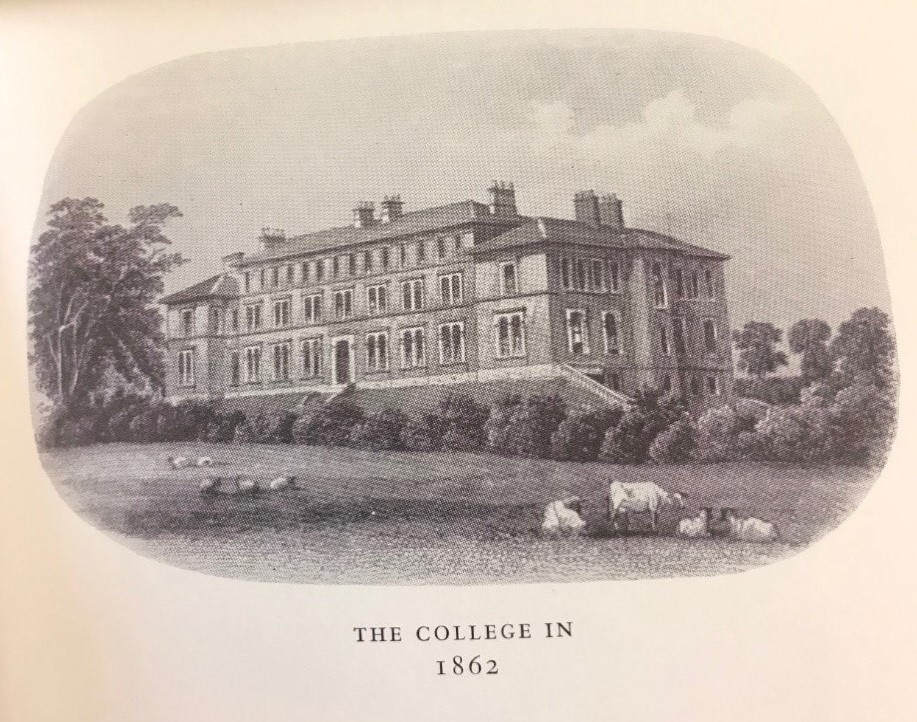 The new chapel was dedicated on the Ripon College campus and named after Saint Margaret of Scotland, who married Malcolm III and became Queen of Scotland in 1070. The campus continued to expand with science laboratories and a gymnasium. In 1907 it housed 141 students.

Archbishop Maclagan opened the new Model School. The classrooms were purposefully designed to be small so that classes of more than 30 pupils were impossible.

In 1901 electric lighting was introduced throughout the College and a new heating system was installed. These improvements attracted more students and by 1904 there were 112 students enrolled. This made St John’s College the fourth largest Church of England College for Men in England.

St John’s College temporarily closed in 1916 when insufficient numbers of qualified men could be recruited. The remaining students transferred to St Johns, Battersea. The College was requisitioned as a Voluntary Aid Detachment hospital providing convalescent treatment for soldiers of the First World War who had less severe injuries. 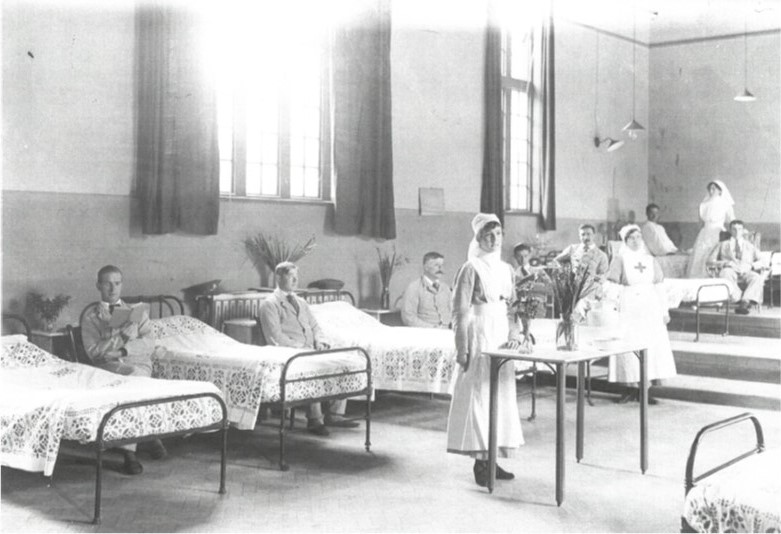 84 St John’s students and alumni were killed in the First World War. Their names are commemorated in a memorial at the entrance to the University chapel. St John’s opened again in the autumn term of 1919. After the First World War there was a great shortage of teachers. Many teachers were called up for military duty and The Education Act in 1918 raised the school leaving age from 12 to 14. This increased the demand for teachers and effectively ended child labour.

At Ripon teaching continued as best as possible with a reduction in both staff and student numbers.

1921 Links with the University of Leeds

Lord Burnham’s 'Report of the Departmental Committee on the Training of Teachers for Public Elementary Schools' determined that Teacher Training Colleges should have a closer relationship with universities through the establishment of Joint Examination Boards. In 1921 St John’s York formed a relationship with the University of Leeds where attendance at certain college courses conferred exemption from part of the Leeds BA and BSc degree courses. In 1929 Ripon Training College assumed the same relationship. 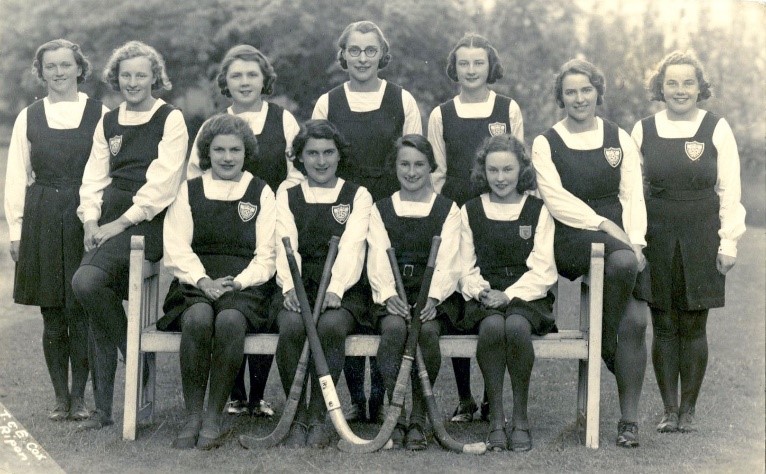 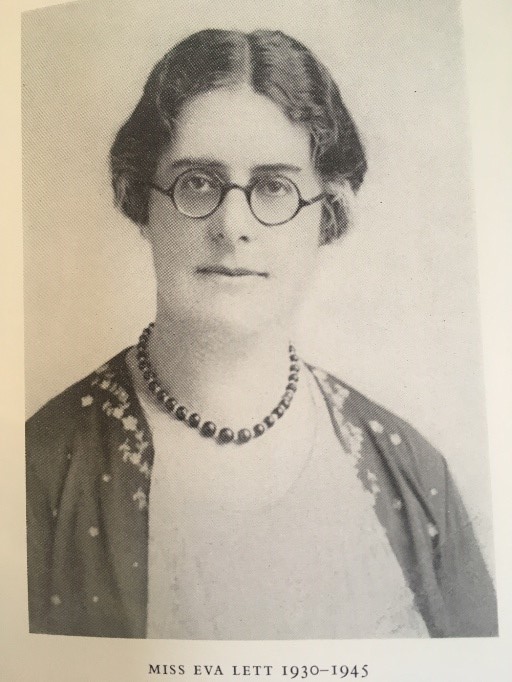 During the Second World War students’ leisure hours at Ripon were dedicated to war work. This included knitting, digging for victory, gaining first aid certificates, raising money for the local Spitfire Fund and queuing for the weekly sweet ration. Following the blitz of 1941 the College hosted 2 sets of bombed-out guests. These were 30 students from Hull Training College and 25 babies and nurses. Evacuees crowded the local schools providing an increased challenge for the student teachers.

Despite teaching being a reserved occupation many St John’s students were called up under conscription. During the war St Bede College, Durham and Saltley College in Birmingham closed. Students from these closed colleges were accommodated at St John’s.

In 1945 Miss Pearson became the first female member of teaching staff at St John’s. The Principal reported “…having a lady on the staff is very good fun and does help the students.” The Second World War ended the same year and the University chapel war memorial records the names of 54 former students who had been killed in the conflict.

In 1953 the College of Heralds approved the new motto 'Ut Vitam Habeant et Abundantius' based on St John Chapter 10 'That they may have life and have it more abundantly.' A crest, incorporating the eagle of St John the Evangelist and the Crossed Keys of the Arch Diocese of York was also approved.

The 60s and 70s: coeducation and mergers

In 1962 women were admitted to York St John’s for the first time. The first 6 women to sit the final year exams all achieved A grades and the top student of the year was Miss M. Procter Lamb (shown on the right-hand side of the photo).

'Our status as a mixed college is now taken for granted though many of us find it hard to come to terms with the indisputable fact that men students are neither as quiet nor as tidy as some women students.'

New government policies announced severe cutbacks in the number of teachers to be trained through 3 and 4 year courses. As a result college merger proposals were being discussed all over the country and in 1974 the York and Ripon Colleges, with their shared historical origins and close associations within the Leeds University Institute of Education, merged to form the College of Ripon and York St John.

The teacher education curriculum began to diversify in the liberal arts, with degrees awarded through the University of Leeds.

In 1988 the college population surpassed 2,000 students for the first time. To celebrate the College’s 150th anniversary in 1991 a College Opportunity Fund was launched to support students’ sporting, cultural, professional and recreational activities which were no longer as well-funded by the government. The Past Students’ Association contributed generously to the Fund.

In 1989 the first degree ceremony in our 700 year history was held at York Minster. This is a magnificent tradition which continues to this day. 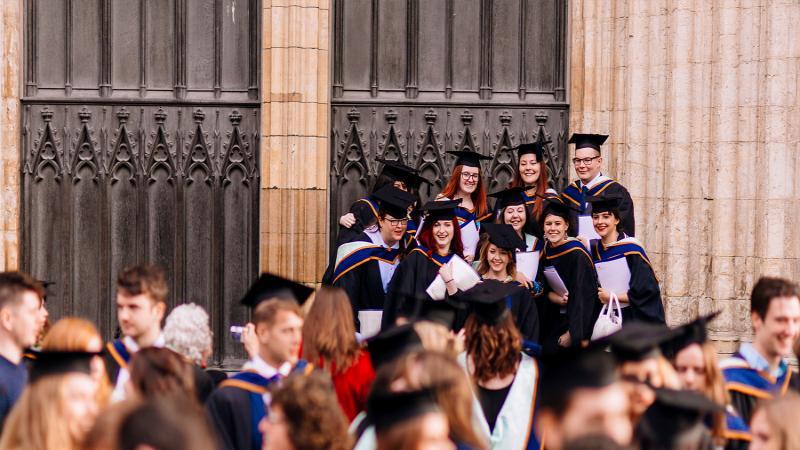 In 1991 all BA and BSc programmes were moved to York and 8 years later the difficult decision was made to move all undergraduate teaching to York. The Ripon campus closed in 2001 after 139 years of teaching.

In 1999 Professor Dianne Willcocks became the first woman Principal at York St John in 160 years. She was strongly in favour of mature students having completed her first degree at 30 whilst looking after her 2 young children. In 2000 Professor Willcocks introduced a fellowship scheme to honour individuals in the world of education and in the community.

In 2005 approval was delivered by the Privy Council giving York St John degree awarding powers and with it the new title of York St John University from February 1st, 2006.

Less than a decade later in 2015 the University was proud to be given research degree awarding powers for PhD and doctoral programmes. In 2018 York St John University’s London campus opened, offering 7 postgraduate programmes.

The new York St John University Heritage Trail is a self-guided walk. You can complete this at your own pace but on average it takes around 30 to 45 minutes. Even if you are off-campus, you may find the stories behind some of the University’s older buildings and objects of interest and these are detailed in the trail which is available to download below.

If you have any questions or feedback please email alumni@yorksj.ac.uk

Our work with the Church