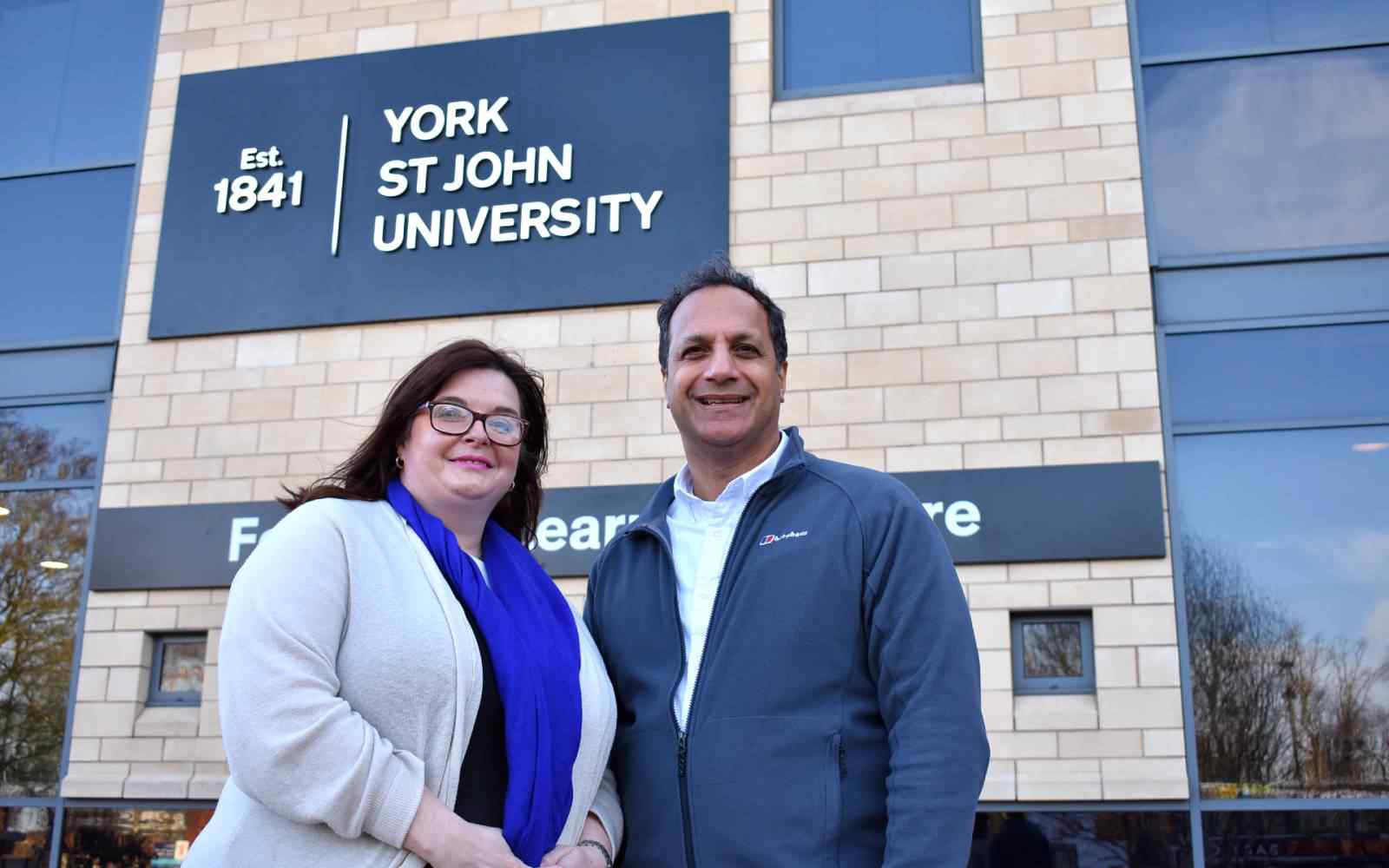 Jen Jarvie, Association of British Investigators (ABI)  Investigator of the Year, and Jaz Khan, a former Detective Superintendent who led on major crime at West Yorkshire Police, have gone into business together with an exciting and sought after new private investigation agency.

The pair met at York St John University when Jaz joined the Professional Policing team where Jen is a lecturer. They got chatting and found a common understanding and interest in investigations, each recognising each other's potential.

The lecturers have earned their stripes in two very different areas that in combination, make a formidable team.

Alongside her role as an academic with a solid a background in death investigation, forensic medicine, and crime scene analysis, Jen was already working alone as a cold case investigator. It was her work on the unsolved murder case of Ann Heron that led to national recognition and the most prestigious award in her field, the Zena Scott Archer Investigator of the Year.

She was looking for a business partner to expand the business when Jaz joined York St John as a Visiting Lecturer.

Jaz is a former Detective Superintendent who has previously led on both Major and Serious Organised Crime. Having investigated numerous high profile cases, he’s received several Judges Commendations for his work.

He finished his 30 year policing career in the 4th largest crime city in the country, Leeds.

He says: “One of our aims is to forge better relations within the Black, Asian and minority ethnic (BAME) community and represent families and victims throughout the local area.

“Having policed in diverse areas and coming from a BAME background myself, I can bring those qualities and experience. I have language skills and knowledge and understanding of those community issues.”

Lecturers by day, investigators by night

Rather than making things complicated, Jen says the investigation work complements their work as academics. Although she admits it’s very busy!

“We both realise that our York St John students come first; however, we have realised that the students love to see theory in practice.

“We balance a job we love with another job we love so our work life balance is stretched over 7 days but when you can do jobs that enthuse you then it is worth the sacrifice.”

For a newly launched company, Jarvie Khan Investigations has already had a slew of cases to work on. These include everything from suspected murder and road traffic deaths to antique fraud. Alongside this, they are working pro –bono on the cold case murder investigation of Charlene Downes.

The pair insist there is nothing glamorous about the work they do and say it is nothing like fictional cases on TV where everything is solved in 60 minutes.

Jaz says: “It's definitely not like the movies but nevertheless still very rewarding. I am really happy to have joined York St John and the Policing Programme Team.  Forming  Jarvie Khan Investigations allows us to put investigative strategies we teach the students into practice.”

Jen adds: “Personally, I think the role of Tennison depicted in Linda La Plante's novels is near to some aspects of the role.  This is a male-dominated industry which, as a woman, provides its challenges and advantages. The character's strength and determination is something to admire.

“However, in reality the combination of theory and practice in the field we are more akin to Indiana Jones with a bit of Strike thrown in for good measure - I would not have it any other way.”