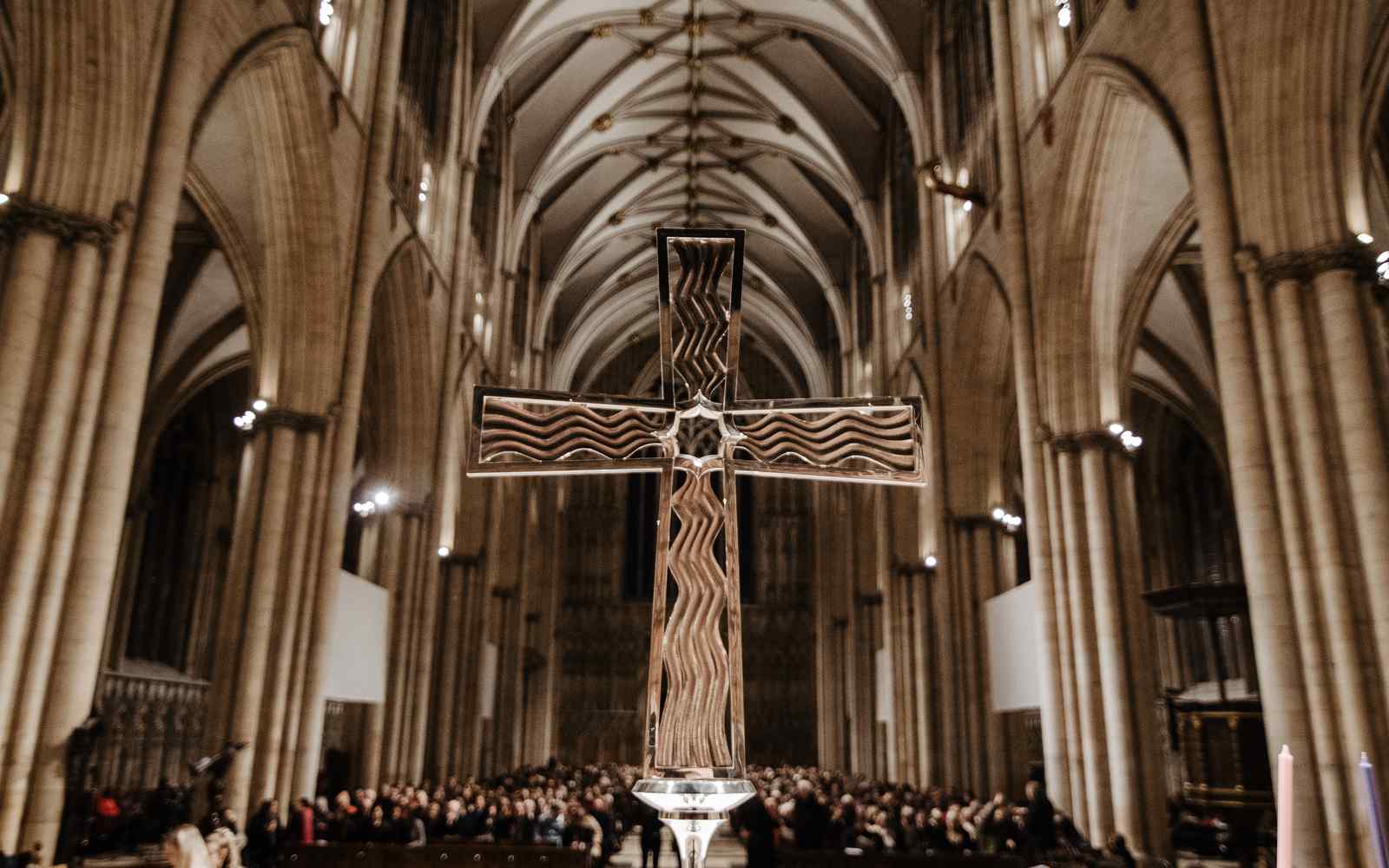 York St John University event examines whether we can think of God as northern and working-class.

The Centre for Religion in Society at York St John University have hosted a vibrant online event exploring how the perceived North–South divide affects Christianity in this country.

The event, hosted by Dr Sharon Jagger from York St John, featured researchers Dr Elli Wort and Revd Canon Dr Nigel Rooms alongside stand-up poet Dr Kate Fox whose work explores northern identity, voice, and performance. The panel came together to discuss how they define northern identity, and whether it relates to ideas about class, and whether there is a particularly northern type of Christianity.

Rooms and Wort have analysed what we might mean by ‘the North’ in England and whether there is a particular northern religious climate and northern character of Christian worship. Given that many churches in the North of England are closing, they describe northern Christianity as fragile, but authentic, community-based and full of humour. Their recent book Fuzzy Church documents this research.

Lecturer in Religion Dr Sharon Jagger said: “It's representation really. If you asked me is God northern? I might say yes She is because it’s to do with how we are able to relate to symbols, so having an idea of a male, middle class, southern iteration of God doesn’t work for everybody. We do have to stretch our symbols so that everybody can see themselves in the Divine.”

Author Revd Canon Dr Nigel Rooms said: “God can be both of the South and of the North. What we need is a bias to the North in this country because everything, all the power and the money and even the church is biased to the South. I want to try and level that up a bit and say well actually let’s think about how God might appear to us in a northern guise.”

Listen to interviews about the event on BBC Radio Merseyside