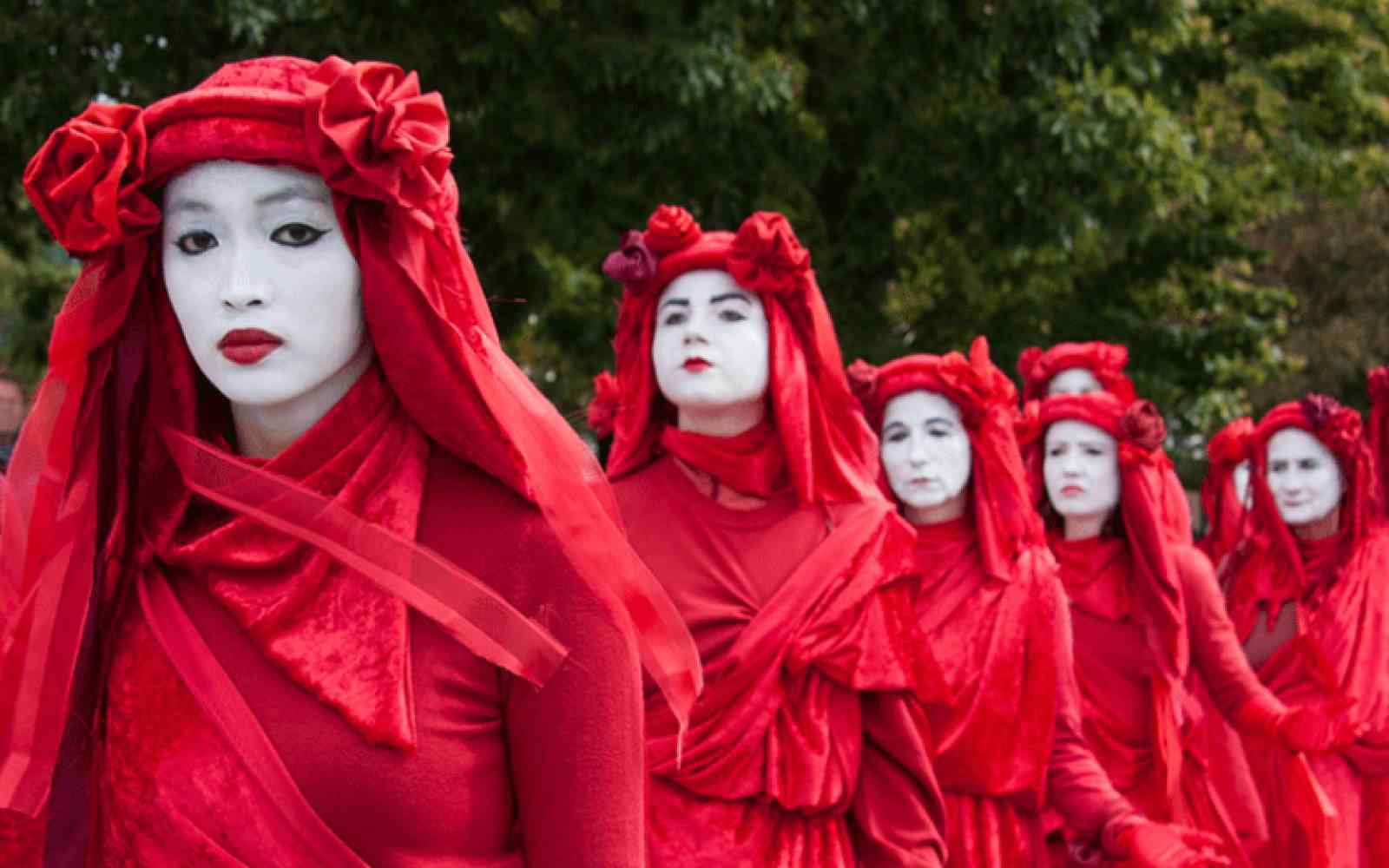 The UK will host the 26th UN Climate Change Conference of the Parties (COP26) in Glasgow on 31 October to 12 November 2021. The COP26 summit will bring parties together to accelerate action towards the goals of the Paris Agreement and the UN Framework Convention on Climate Change.

In response to the summit, Dr Catherine Heinemeyer is collaborating with other performance activists to coordinate a national ‘artivist’ (activism through art) performance, involving approximately 100 silent ‘Red Rebel’ performers. They will travel in relay along the railway ‘veins’ of the country to the beating heart of COP26.

The performers’ aim is to convey the message that it is ‘Code Red’ for climate. They plan to create a striking presence and physical connection to the conference in local public spaces up and down the country from Cornwall to Glasgow. They will complete a silent, three-day pilgrimage by train, starting in Truro and finishing in Glasgow on day 1 of the conference.

Dr Heinemeyer is a Lecturer in Arts and Ecological Justice at York St John University. She will be travelling alongside the performers and acting as the voice for their silence action.

She said: “The Red Rebels are silent performers, but I have become involved in coordinating and speaking for this action because it really is ‘Code Red’ for climate now. In my teaching I share with students examples of ‘artivism’ – how performance can enable a deeper emotional response to an issue and shift people’s or policymakers’ thinking.

“The Red Rebels express the grief, fear, sense of urgency and fragile hope that many people feel around climate, and the need for climate justice. This pilgrimage will bring that call for urgent, courageous decision-making from every town in the UK all the way to the conference centre in COP26.”

Rosie Harrison is in her third year of studying Film and Television Production at York St John University. She’s travelling with the group to make a short film of their performance.

Rosie said: ''I got involved in this project as I thought it would be an interesting and exciting experience to be a part of. I was struck by the eye-catching and vibrant red and white of the Red Rebels’ look and wished to capture that on film along with the message of the pilgrimage and what they are raising awareness for. I love to use bright colours in my films, so this event appealed to me visually.''