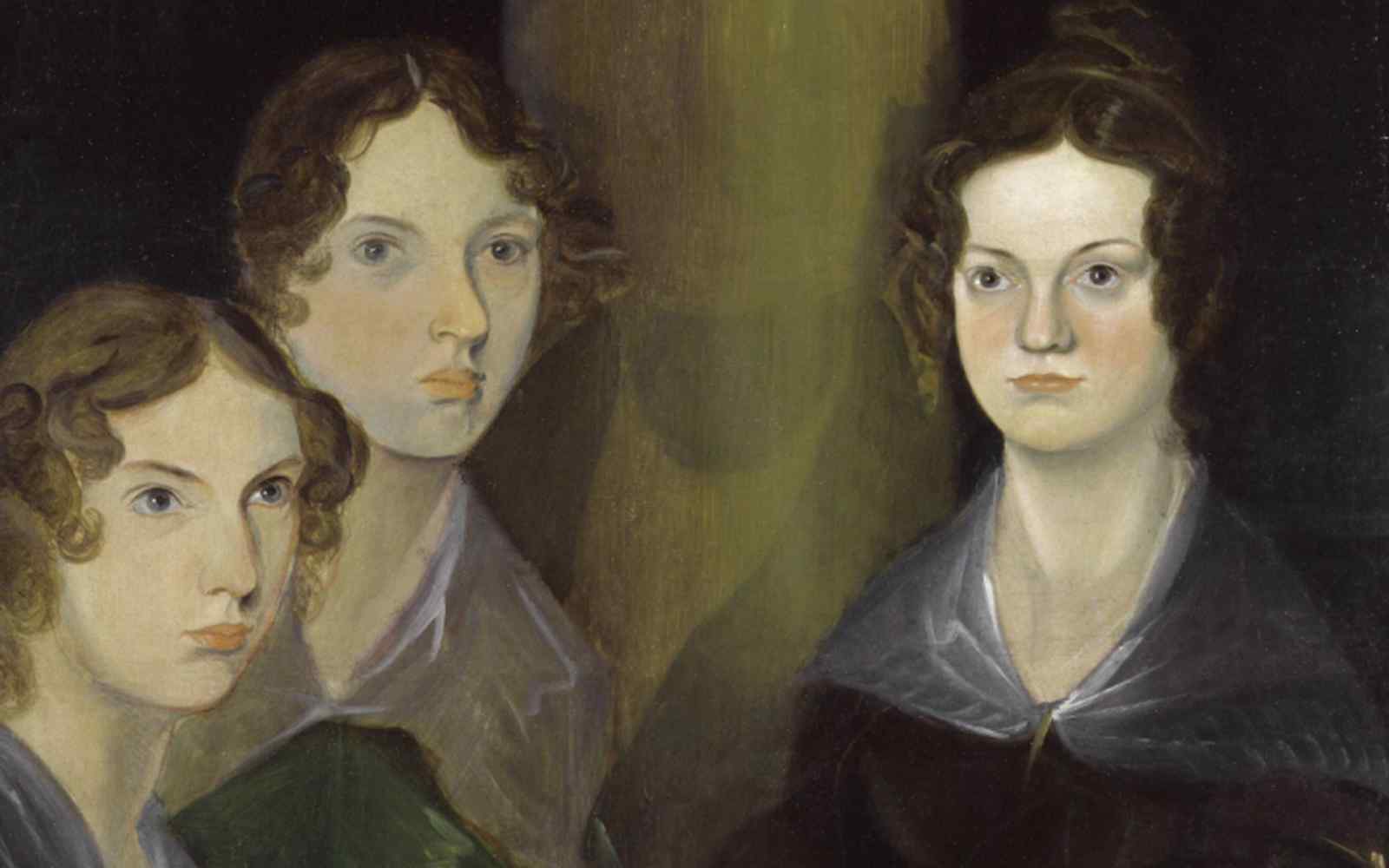 Anne, Emily, and Charlotte Brontë, by their brother Branwell

Bizarrely, the idea that Branwell Brontë had sex with his sister Emily appears to have been more palatable than the idea that he might have given her tuberculosis – or that the infection might have passed to Anne from either sibling. Those documenting the lives of the Brontës since the late 19th century have been curiously reluctant to acknowledge this fact.

Branwell, Emily, and Anne all died from various forms of tuberculosis between September 1848 and May 1849. All three had lived together at Haworth Parsonage in Yorkshire with their sister Charlotte (who managed to last until 1855 when she too succumbed to tuberculosis). Branwell and Emily died there, and Anne died on a final trip to Scarborough, where she is buried.

We know today that tuberculosis is contagious, and particularly so between family members living in close quarters. Yet the idea that one Brontë sibling might have infected or been infected by another still seems to be taboo in Brontë biography and adaptation.

Only Claire Harman’s biography of Charlotte Brontë (2015) and Beth Torgerson’s Reading The Brontë Body (2005) have suggested the possibility of infection, even briefly. So how and why has contagion largely been written out of the story of Branwell’s, Emily’s and Anne’s deaths?

The way we think about tuberculosis has changed dramatically since Robert Koch discovered the tubercle bacillus in 1882. As Katherine Byrne has explained in Tuberculosis and the Victorian Literary Imagination, before Koch’s discovery “consumption” had often been thought of as a “mysterious, ethereal wasting disease”. It became “an identifiable bacterial infection” by the end of the 19th century, and this was also when the term “tuberculosis” started to replace “consumption”.

By the mid-20th century, the tuberculosis sufferer was no longer thought of as delicate or exceptional. Now that the infection could be clearly seen in X-rays, and treated with often brutal surgery, the tubercular body seemed much less Romantic. TB was a public health problem, and those who contracted it often faced isolation and social stigma.

Yet in this same period, biographies about the Brontës described their deaths from rather personal, individual illness, as though the discoveries made about the disease in the intervening century had never happened. The “consumption” from which the siblings died in these accounts often seems to have little in common with the disease which was by then commonly known as tuberculosis.

In 1947 alone, Ernest Raymond, Laura L Hinkley and Phyllis Bentley all told a story which stressed Branwell’s alcoholism, Emily’s grief, and Anne meekly following her two siblings to the grave. These biographers, and many more in the late 1940s and the 1950s, stressed both weather and emotion as causes of death. They created an aura of predestined tragedy around the Brontës which proved difficult to displace in the years which followed.

Films and TV dramas showed the same causes for the Brontës’ deaths. Granada TV’s The Brontës of Haworth (1973) has Branwell’s burial immediately followed by Emily clasping the table as a whistling wind comes in through the parsonage door. She coughs, sickens and dies, and Anne quietly follows.

Andre Téchiné’s Les Sœurs Brontë (1979) portrays an unusually close relationship between Branwell and Emily throughout. So when Branwell dies, Emily is emotionally, not bacterially, infected. She puts on his coat and sobs until her sobs become coughs. She is soon on her deathbed refusing the doctor, while Anne stands timidly in the hallway, meekly taking her own medicine from a spoon.

In 2016, BBC Two’s documentary Being the Brontës described the sisters’ “frail bodies” giving up on them “so young,” again suggesting a kind of fatalism about their deaths. Carl Barnes’s brilliantly funny musical Wasted, however, seems to deliberately reference the sheer absurdity of so much death in one family. Branwell is handed copies of his sisters’ published works and then immediately dies. Emily sings that she is a “Goth before my time” and then dies. Anne laments a miserable life in which she has never been touched by a desiring hand – and then dies.

Whether with surreal humour or with pathos, the Brontës’ deaths have often been presented as though they were all characters in a novel. It seems as though we want Emily, in particular, to have died because she was ready to do so, or because a tragic fate willed that it was her time.

Perhaps the more mundane suggestion that one sibling caught the disease from another, or from anyone else, undermines the idea that the Brontës were as unique or Romantic as we have often liked to think.

Wasted contains swearing, anachronism, and sexual references. Sally Wainwright’s To Walk Invisible (2016) also invited us to contemplate the Brontës with Yorkshire accents, and a swearing, drug-addled Branwell. There seems to be space now for a less reverential, Romanticised approach to the siblings. Perhaps it is time to accept that the Brontës didn’t die from melancholy, weather, or death wishes, but because they were infected with bacteria.

A drama or biography which allowed this possibility would open up some fascinating new ways to think about the Brontës and their work. I’ve written elsewhere about the importance of contagion theories and the rabies virus in Charlotte Brontë’s Shirley, but there is still more to be said about contagion, disease, and the Brontës.

All three sisters wrote about “consumptive” characters, from Jane Eyre’s Helen Burns to Wuthering Heights' Frances Hindley to Agnes Grey’s labourer Mark Wood. Widening our understanding of tuberculosis in the lives of these extraordinary women would help us to read their novels afresh.