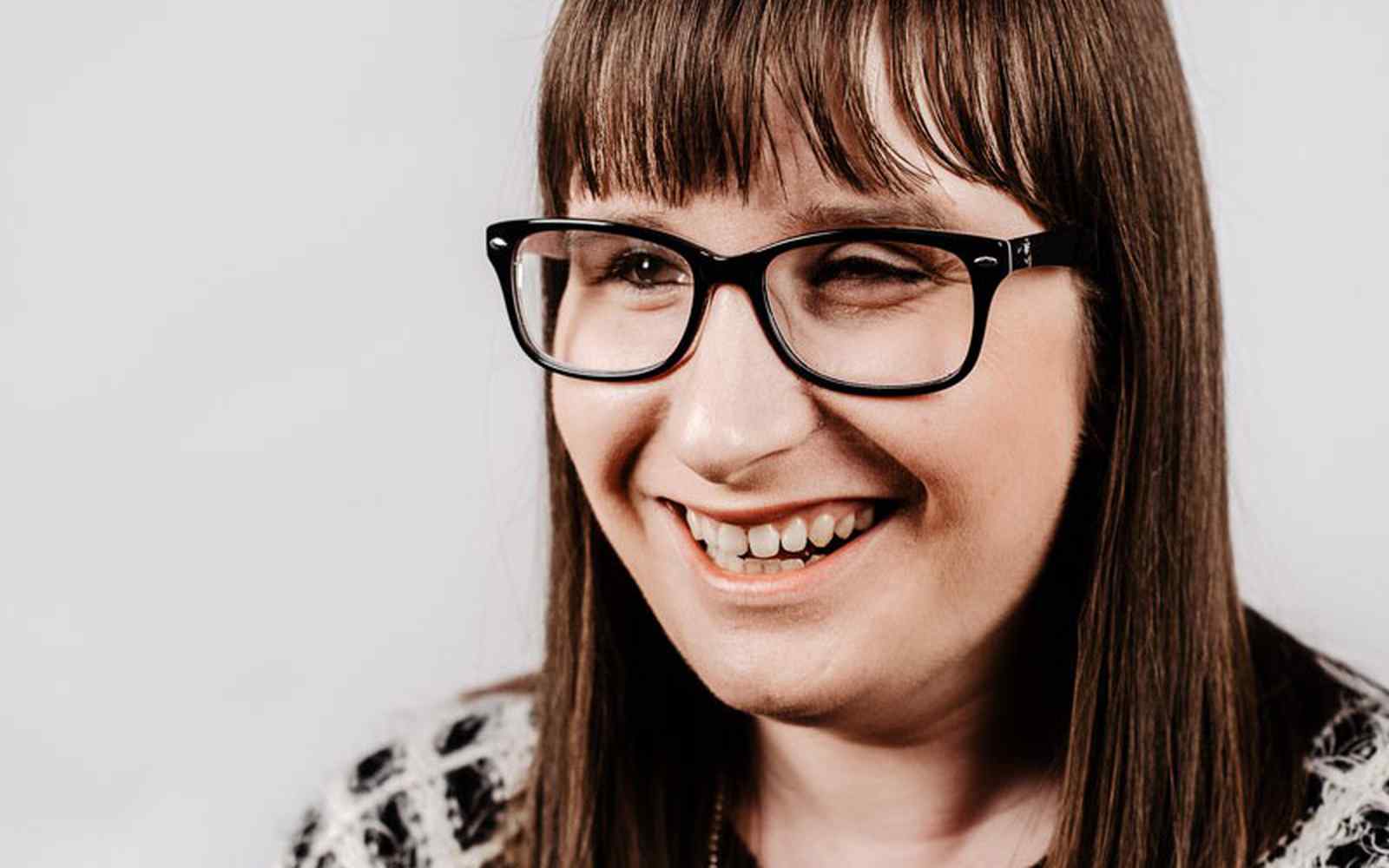 For the second year in a row, blogger and campaigner Holly Tuke has been named in the Shaw Trust's Disability Power 100. Holly is a former student of York St John and now works at the University as an assistive technology advisor. She was announced as one of the most influential people with a disability in the UK for the second year running at a reception at the House of Lords on Tuesday afternoon (8th October).

The Shaw Trust Disability Power List 100 is an annual publication of the 100 most influential disabled people in the UK. Nearly 200 nominations were received for the 100 places. The Disability Power List 100 is compiled by an independent judging panel, chaired by Kate Nash OBE. Among those joining Holly on this year’s list are Dame Tanni Grey-Thompson OBE and Matt Haig who are both Honorary Graduates of York St John.

It's 4 years since Holly began her blog 'Life of a Blind Girl', aimed at educating people about living with a disability. She is blind due to a condition called Retinopathy of Prematurity (ROP) and has no useful vision. Holly has blogged about all kinds of subjects in her bid to break down barriers and keep conversations going. She regularly covers music, fashion and gig-going along with very personal insights into learning to love her disability.

2019 has seen a steady rise in her readership and followers on social media, with more and more people taking note of her work. She's branched out into mainstream media too with appearances on BBC Radio York and BBC Radio Leeds, as well as being featured in the Yorkshire Post, the Huffington Post, Allure Magazine and The Guardian. She was awarded the Runner-Up prize for the Campaigner of the Year Award at the 2019 Sense Awards. Just this week she was also shortlisted in the Social Media Influencer of the Year category at the RNIB See Differently Awards.

Holly said: “I feel very honoured and humbled to have made it into the Disability Power 100 List for the second year running, it all feels very surreal. To be named as one of the top 100 most influential disabled people in the UK is most definitely up there as one of my proudest achievements. I don’t see myself as “influential” at all, so to be recognised in this way means the world to me. I still can’t believe that I’m listed alongside some wonderful disabled people that I look up to”

“Having a vision impairment, or any disability for that matter can present its fair share of challenges but I think, for me, the positives outweigh the negatives. I try to use my experiences to raise awareness, educate others and help other disabled people in any way I can.”

Click to read Holly's blog Life of a Blind Girl.

Click to read more about the 2019 Shaw Trust Disability Power 100.