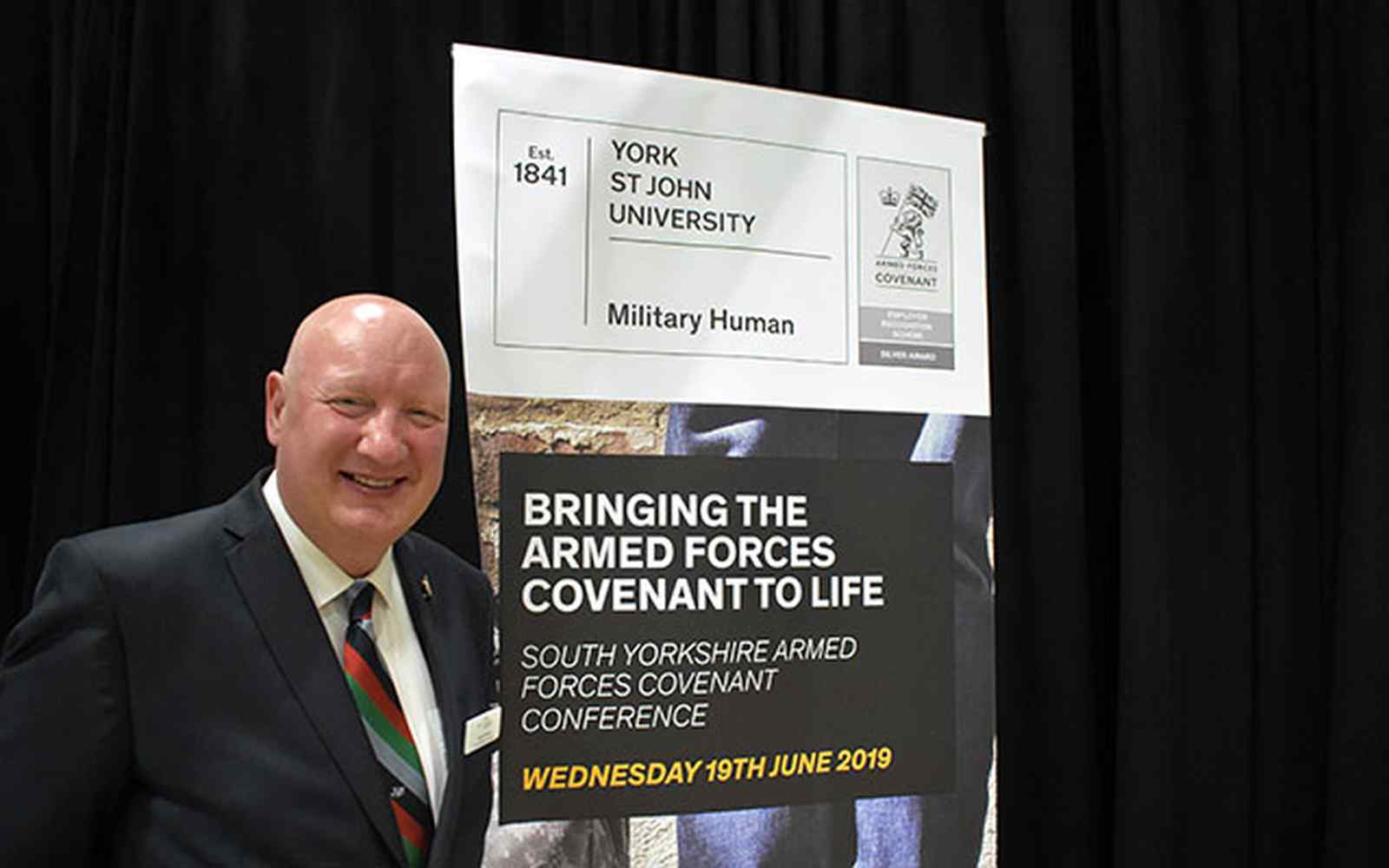 The South Yorkshire Armed Forces Covenant Project was led by Sheffield Council in partnership with Rotherham, Doncaster and Barnsley local authorities, and in collaboration with Sheffield Hallam University and York St John University. The Armed Forces Covenant is a promise from the nation that those who serve or have served in the armed forces, and their families, are treated fairly.

The conference provided delegates with networking and educational opportunities, as well as the forum to participate in discussions on how the Armed Forces Covenant can be brought to life to benefit service personnel and the Armed Forces community.

Nick Wood, Education & Development Lead (Military Culture & Interventions) at York St John University developed the Military Human™ concept after identifying a need to support veterans and their families in their transition to non-military life. Nick served in the Falklands in 1982 before transitioning into civilian life in 1986. After a successful career working with veterans and associated support services in prisons, Nick joined York St John University in 2012 following a request from Health Education Yorkshire and Humber to deliver a Veterans Awareness CPD study day to Health and Social Care staff across the Yorkshire and Humber region. Since then, Nick has successfully delivered the Military Human™ training to more than 2,000 staff across England and Wales.

Speaking at the conference, Nick said:
“This event celebrates an amazing collaborative effort by Sheffield, Rotherham, Barnsley and Doncaster councils, Sheffield Hallam University and York St John University to embark on a wide reaching and aspirational project to support veterans and their families. Thanks to Armed Forces Covenant funding over two years, we’ve trained staff from right across South Yorkshire to ensure that when members of the Armed Forces Community engage with community services, staff not only have an understanding of the military journey for service personnel and their families, they also have access to a wide range of support available.

“It makes me feel incredibly proud to know that every day in South Yorkshire there are nearly 1000 trained staff now providing services for the Armed Forces community, which I believe is an incredibly positive example of the Armed Forces Covenant being upheld in our communities.”

York St John University received a silver award in 2018 by the Ministry of Defence (MOD) Employer Recognition Scheme (ERS). The Defence Employer Recognition Scheme was established in 2014 to recognise and reward UK employers for their support and commitment to Defence. The University was praised for its Military Human initiative and its support and commitment to armed forces community.

‘Eyes Wide Shut’: The Fantasies and Disavowals of Education Policy