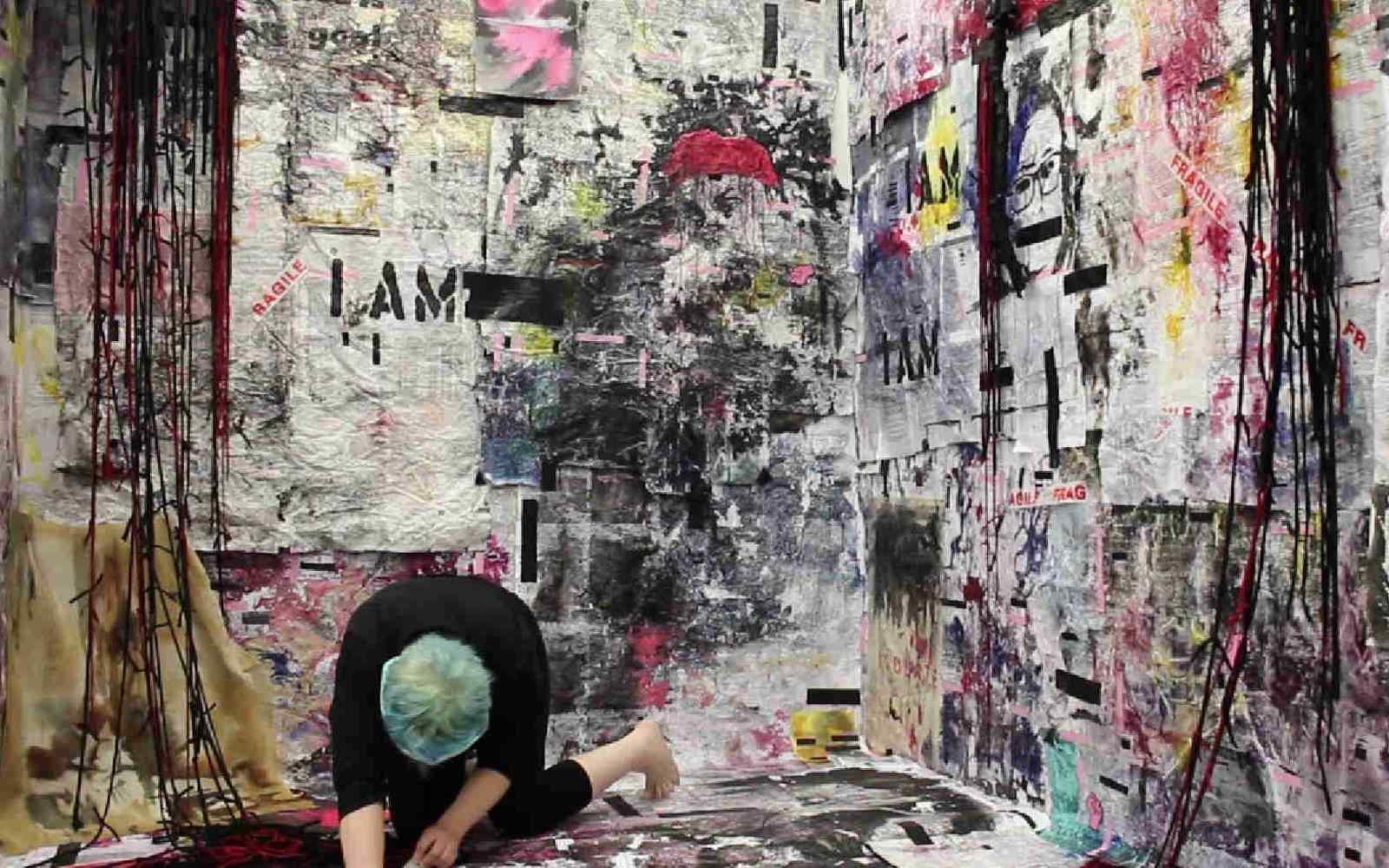 Kerry began her university education at York St John twenty five years ago as an undergraduate. She was a mother to three small girls at the time, with her youngest attending the onsite creche. Her fourth child was born in 1999 and it soon became apparent that he had quadriplegic cerebral palsy and other associated disabilities because of a catastrophic brain injury. Kerry gave up teaching and art to be his carer.

“Being a mother carer is a world that you can’t really describe to anyone who isn’t part of it, I think only those who care understand that skill of multitasking, battling red tape, and taking on several roles at once. Caring isn’t about bum wiping, you become the lawyer, the administrator, the employer, the activist, the educator and advocate as well as many other things” said Kerry.

“I gave up art when my son was born and didn’t make or paint for a very long time. When we left Brighton 7 years ago, I threw out all my old art work that had been in the attic for so long, thinking I would never paint or engage in art again. In the summer of 2016 I saw there was a river art market and my daughters nagged me so much to do it. I painted a few pieces, took them down and sold most of what I had taken.”

This gave her the confidence to pursue art again, culminating with her applying to the Fine Art MA at York St John.

“I have to admit the course has made me open up to experiences I have not confronted head on before or made public, yet I found myself reliving my son’s birth through a project I completed in my second semester. It was so right to do it then and it was something I couldn’t have confronted in any other way if that makes sense? It does give me an avenue to have a voice other than through the usual channels, I have complained through every channel imaginable about various services: to do that through art is much more enjoyable than the usual moaning letter."

Subject Director for Fine Art, Helen Turner said: “The work in the show crossed boundaries of painting, installation, performance and film. Individual themes emerged from landscape paintings and drawings through to installation work created after researching fish wives of the North East coast. Kerry Fox’s installation about being a mother carer and giving voices to other mother carers through her collage, sculpture and performance was a heart-felt and powerful piece that embraced arts activism.”
“This coming year we have new Masters courses in Photography and Illustration for the first time – so it will be really exciting to see the culmination of their work this time next year in a cross-platform show.”

The 2019 Fine Art MA show was the culmination of a year’s full time or two years’ part time study, with students realising their final Masters project in the form of an exhibition. Each year, first year art students are invited to the opening event, providing a fantastic way to inspire them and ignite their own ambitions.