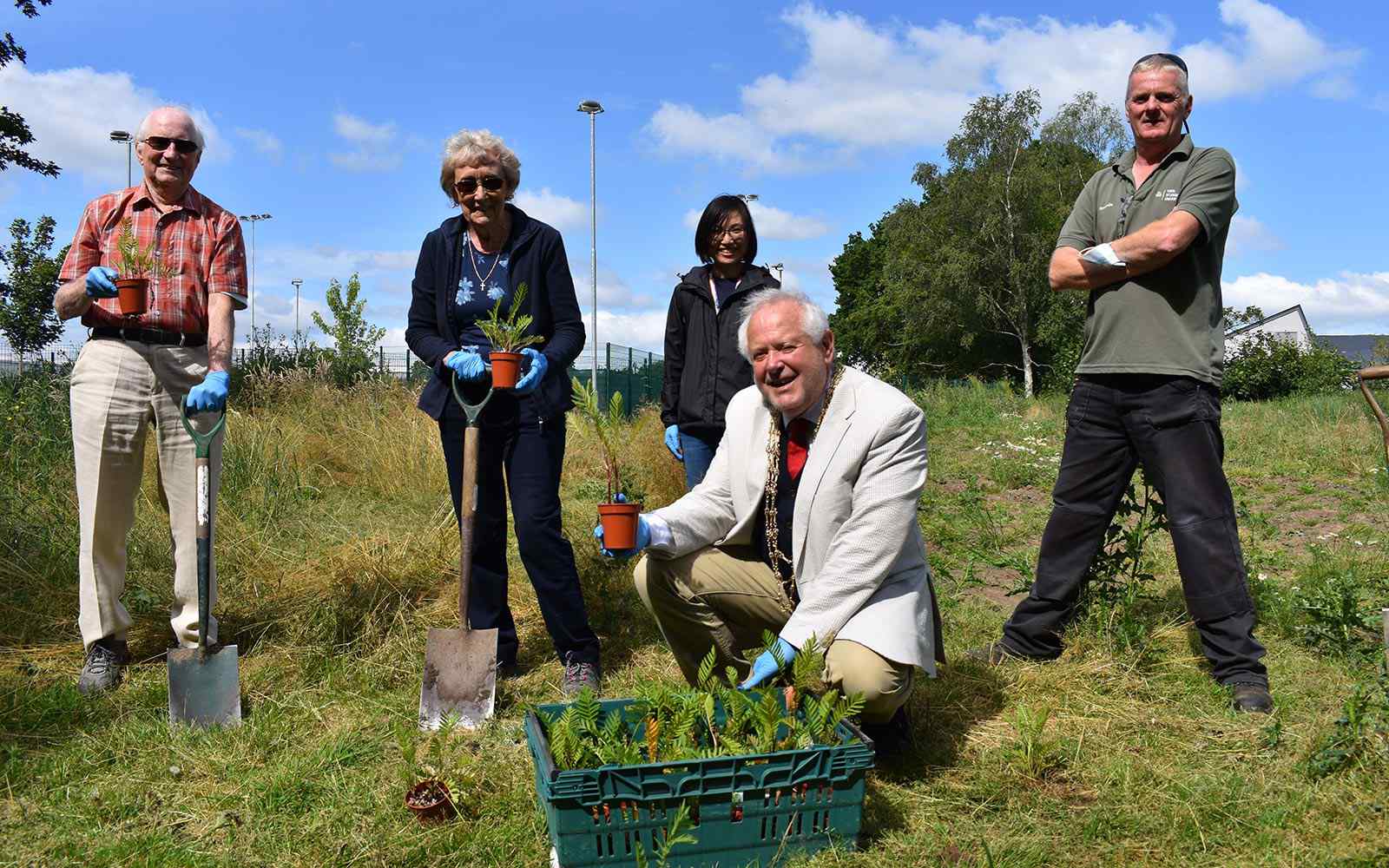 Staff and students have joined forces in a tansy planting initiative to increase habitat for the endangered tansy beetle.

The University first planted tansy plants in a dedicated wildlife area of its Sports Park campus on Haxby Road in 2017. A group of volunteers joined York St John University’s grounds team on 29 June to expand the plantation to increase the much-needed habitat close to the river Foss. The project forms part of the University’s wider sustainability and biodiversity strategy.

The tansy beetle was once widespread in the UK but a reduction in suitable wetland habitats and food plants means the species is severely restricted and in decline. Pockets of habitat along the riverbanks in York are some of the last remaining places where these bright green, jewel-like beetles can be seen.

The University’s gardening team have successfully grown 260 tansy plants from the original stock planted in 2017. These plants form the basis of the expanded habitat; and in addition, the team are hoping that York St John will become a distribution hub for tansy planting initiatives, donating plants to conservation groups working on projects along York riverbanks.

The new Lord Mayor of York, Reverend Councillor Chris Cullwick attended the event in support of the initiative by the University; alongside local ward councillors, Councillor Carol Runciman and Councillor Keith Orrell.

"We have made great progress over the last five years towards making our campus and organisation greener – we know it’s important to both staff and students. Now we are delighted to be going further in our sustainability and biodiversity activity. Working in collaboration with wildlife specialists we have identified a suitable habitat where tansy plants can thrive. With the tansy beetle population in sharp decline this initiative could not happen at a better time."

"It has been a delight to take part in the tansy planting at York St John University Sports Park. I applaud the many ways in which the university is promoting sustainability and biodiversity. The tansy beetle was once common throughout the UK but is now a highly endangered species now found only in only two locations with one of these being the banks of the Ouse here in York. The hope is the tansy beetle will also thrive on the banks of the Foss."