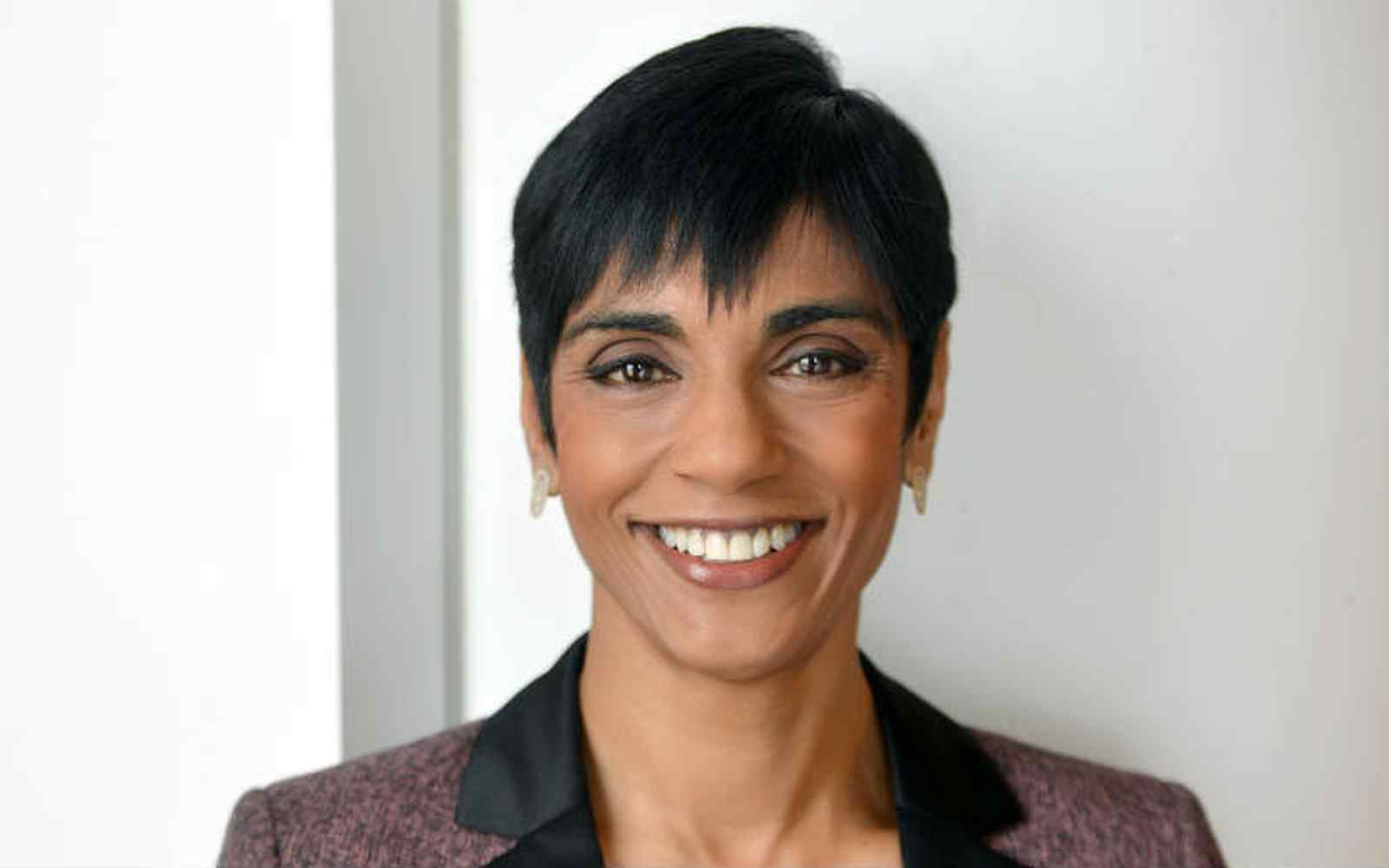 Reeta Chakrabarti is one of the country’s most trusted broadcasters.

From the age of 10, Reeta wanted to become a journalist and has gone on to become one of the country’s most trusted broadcasters. Born in London, the first daughter of an Indian Bengali family, she spent part of her youth in India. Back in the UK, she went on to read English and French at Exeter College, Oxford, where she made forays into student journalism. By 1997 she was in front of the camera as the BBC’s community affairs correspondent, later serving as a correspondent for education and then politics, covering three General Elections.

In 2018 Reeta was made an Honorary Graduate of York St John, receiving a Doctor of Letters (honoris causa) for her inspirational work. During her time as a broadcaster she has taken every opportunity to cover issues that matter to her, including the Stephen Lawrence inquest and subsequent public enquiry. Abroad, she has reported on the Rohingya refugees in Bangladesh, the migrant crisis in the Mediterranean and human trafficking in Albania. Reeta takes her responsibility to give something back very seriously and she has been involved with several charities. She is a patron of London-based arts company Pan Intercultural Arts, which explores cultural diversity and social change.

On accepting her appointment, Reeta said: “I'm delighted to be taking up the post of Chancellor at York St John. This is a University that represents everything good about education - equality of opportunity and high aspirations for all. I'm honoured to be following in the footsteps of the inspirational Dr John Sentamu and will do my very best to represent the University as well as he has."

The Chancellor is the ceremonial head of the University: acting as chief ambassador, presiding over ceremonial functions and conferring degrees at our graduation ceremonies. Dr John Sentamu, Archbishop of York, was installed as the first Chancellor in March 2007, a few months after York St John achieved university status.

Professor Karen Stanton, Vice Chancellor of York St John University, added:
“It was always our aspiration that our new Chancellor would be someone whose life and work resonates with the values of our University and who can inspire our next generation of students. Throughout Reeta’s life and career, she has shone a light on the stories and issues that shape and change people’s lives. She has championed opportunities for those who are marginalised in our society and been an advocate for the Arts and Humanities which provide such valuable academic tools for our students to understand and interpret the world in which we live.”

Ann Green CBE, Pro Chancellor and Chairman of the Governing Body, said:
“We are honoured and delighted that Reeta will be the new Chancellor of York St John University. We are also immensely grateful for the long-standing support and commitment we have been fortunate to receive from Dr John Sentamu and I would like to take this to opportunity publicly thank Dr Sentamu for his time as Chancellor of York St John University. His presence, particularly during graduation ceremonies, is a loss that will be felt throughout the York St John community, although I believe that in Reeta Chakrabarti we have found a worthy successor.”

Dr John Sentamu will end his term as York St John University Chancellor in March 2020 after which Reeta will be inaugurated as Chancellor.