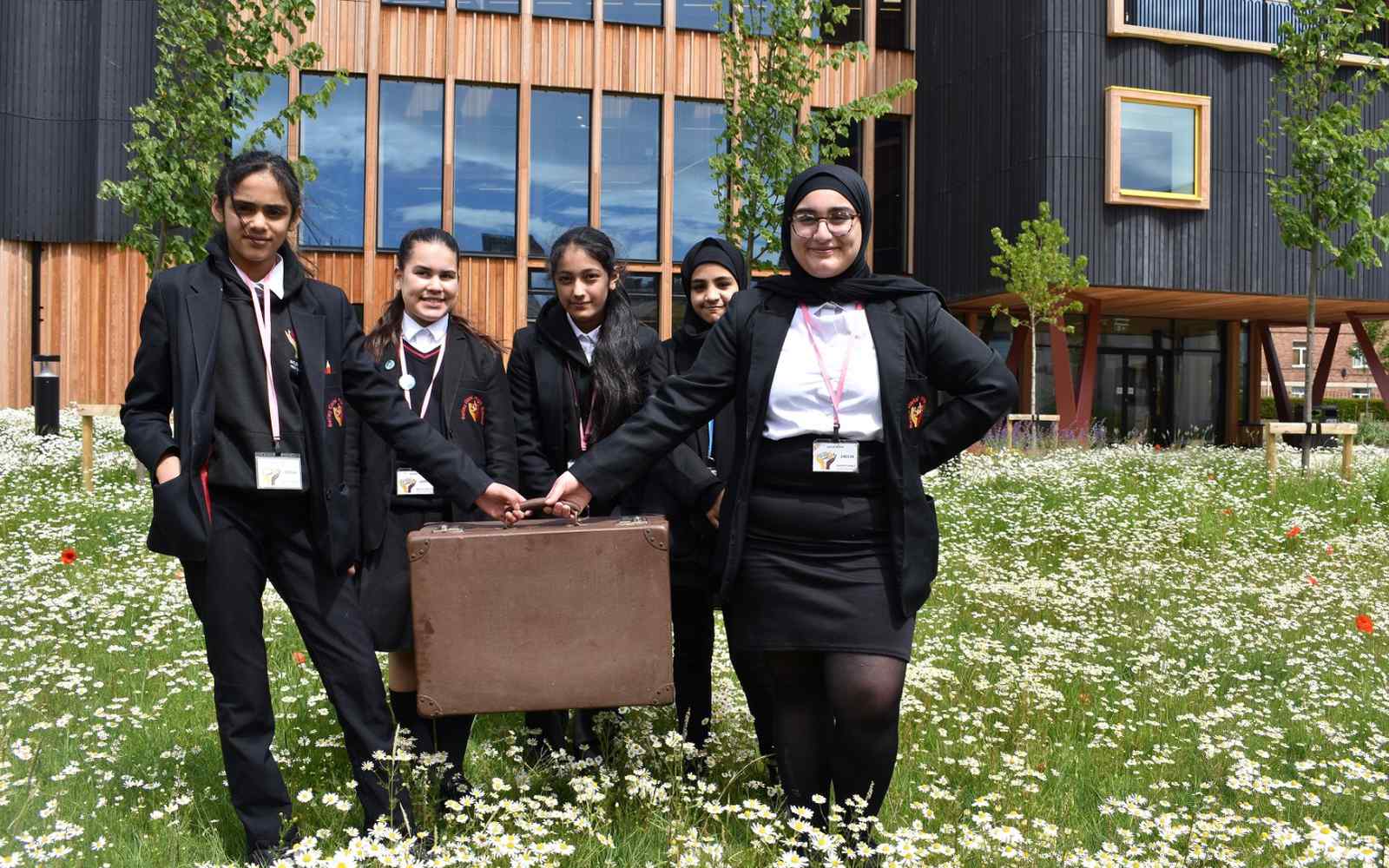 Over the past semester, a team of Drama and Geography researchers at York St John University's Institute for Social Justice have supported young people as they explore the consequences of climate change through storytelling.

‘Suitcase Stories: Exploring Climate Adaptation through Participatory Storytelling with Young People’, funded by the Natural Environment Research Council (NERC) as part of the ‘Creative Climate Connections’ programme, aims to build knowledge and confidence in thinking about and responding to climate change.

The project connected school pupils aged 9-17 from West Yorkshire secondary schools Leeds East Academy and Batley Girls High, with climate journalists and with school students from Nigeria to better understand the consequences of climate change which are already affecting many communities around the world.

1) Who is already being most affected by climate change?

2) How are they adapting and what can we learn from their experiences?

With the project now coming to an end, participating pupils visited York St John University for a premiere screening of the short films of their ‘Suitcase Stories’. The films included the story of a Japanese fisherwoman turned activist, an indigenous Brazilian girl helping her community cope with deforestation, and a Batley woman turning her business around with community help.

Cath Heinemeyer, Lecturer in Arts and Ecological Justice at York St John University and a project co-ordinator said: "Climate change can be a daunting and emotionally challenging topic for young people. So, it's important, and inspiring, for them to contact real people on the climate frontlines, who are helping their communities become resilient to change. Many young people involved found this built their confidence in how they themselves could contribute - starting with sharing the stories they had learnt through their performances."

Emma Rodrigues, deputy headteacher at Batley Girls High School said: “The students have enjoyed looking at something that is a very important and serious issue, but in a creative and thinking outside of the box way. They've got a visual, the suitcases, and they've taken ownership, they've really bought into it. And I just think it's lovely to see them working, to do research. It is their project, and it will go in an organic way. That's what I think has been missing in education over the last couple of years. So not only is the topic important, because that is just not up for negotiation, but the way that we've approached it as a whole team has been enjoyable to be involved in.”

The project team are now working with Students Organising for Sustainability UK, to evaluate and share their approach more broadly across the education sector. The ‘Suitcase Stories’ website will share not only the students' films, but guidance for teachers and arts practitioners who want to try out this approach with young people they teach.