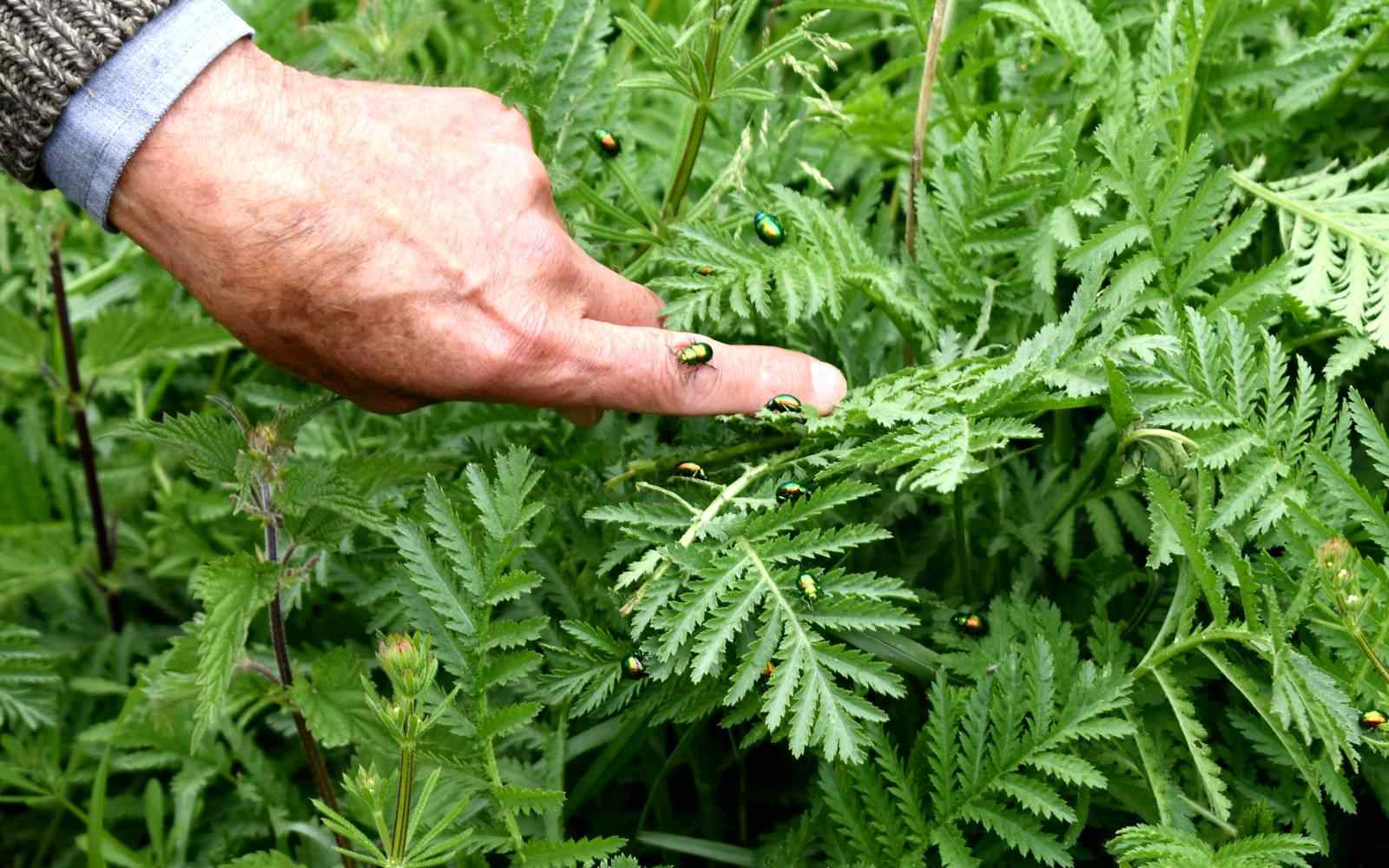 York St John University has rehomed some of the city’s most precious creatures in a conservation project involving staff and students. Affectionately known as the Jewel of York, the tansy beetle is known for its striking emerald green colour with an iridescent sheen. Legend has it that their wing cases were so admired by Victorians, that they were used as sequins.

The beetles live only on the tansy plant from which they take their name and are prioritised for conservation due to declining numbers and flood risk to current habitats. In the UK there is a successful population on the Great Ouse in York, with a smaller site found in Norfolk and another in Cambridgeshire.

As part of efforts to save the species, York St John University has partnered with the Tansy Beetle Action Group (TBAG) to develop an ark habitat. This ark site has been set up as an insurance population in case of a serious flood on the Ouse during a vulnerable period in the beetle's life cycle.

The site has been specially developed by staff and students at York St John, with hundreds of tansy plants cultivated to sustain the rare beetles. The plantation has given the beetles a corridor along the edge of the University’s Haxby Road Sports Park grounds near the River Foss.

As part of the agreement for the University to play host to one of Britain’s most endangered species, staff and students will be conducting research into their habits and numbers.

Dr Pauline Couper, Associate Head: Geography & Liberal Arts said: "It's fantastic that the University is making a real difference in wildlife conservation. It will be a brilliant opportunity for our students to get involved in live conservation work, monitoring the tansy beetle population here in the coming years."

Dr Geoff Oxford from the Tansy Beetle Action Group said: “Although a species of beetle doesn't usually attract the public's attention, being large, beautiful and with a catchy title - the Jewel of York - the Tansy beetle acts as a conservation ambassador. Like the panda of the invertebrate world.

“We don’t plan to scatter the beetles here and there throughout Yorkshire, but we do need a few robust populations established away from risk of flooding and as close to the Ouse corridor as possible. These serve as 'insurance' populations should we get a high and long-lasting flood on the Ouse during a vulnerable period in the beetle's life cycle. This is especially important now that we think the Ouse and the Fenland populations might differ in key aspects of their biology.”

"We have made great progress over the last six years towards making our campus and organisation greener – we know it’s important to both staff and students. Now we are delighted to be going further in our sustainability and biodiversity activity. With the tansy beetle population in sharp decline this initiative could not happen at a better time."