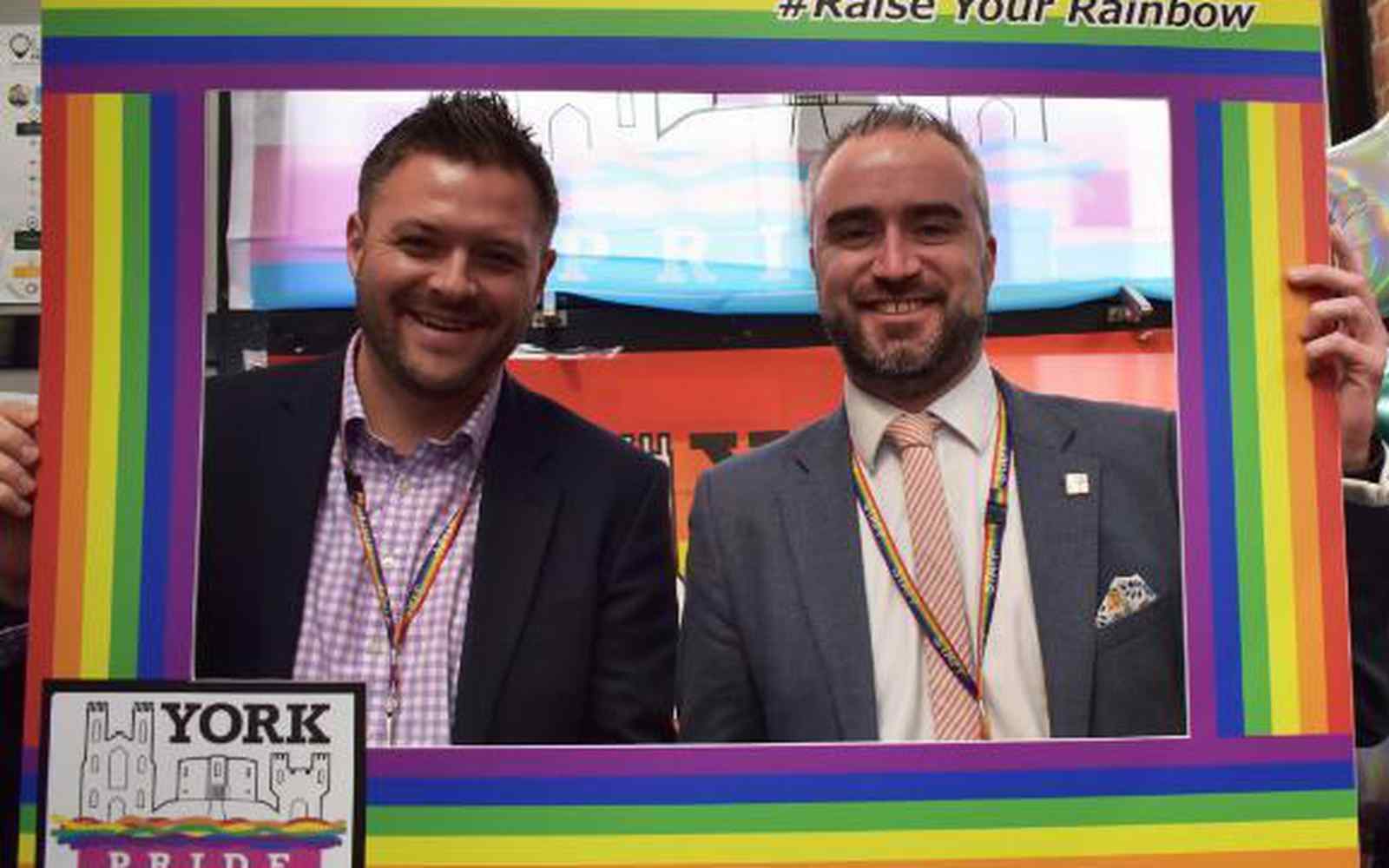 Supporters and sponsors gathered at York St John University for the launch event, which featured speakers from the University as well as York Pride, Make It York and BBC Radio York among others. Over a hundred attended the launch, sharing plans on how to involve more organisations and community groups with an aim of making York the friendliest place to be LGBT.

“As one of the long-standing sponsors for York Pride, it was great to see so many people, organisations and supporters gathered here at York St John University for the launch event,” said YSJ’s Deputy Director of Student Recruitment and Conversion, Phill Gray, one of the event’s speakers. “The University is a Stonewall global diversity champion, and this was a fantastic opportunity to reinforce our commitment to inclusion and diversity. We can’t wait to be there on the 8th June.”

York Pride is the annual celebration of the LGBT+ community and expected to attract its biggest crowd yet during a day of celebration on Saturday 8th June.

It starts with a parade from York Minster to the Knavesmire, where there will be a free family day filled with live music and entertainment on two stages, funfair, food and drink stalls plus local traders and charities.