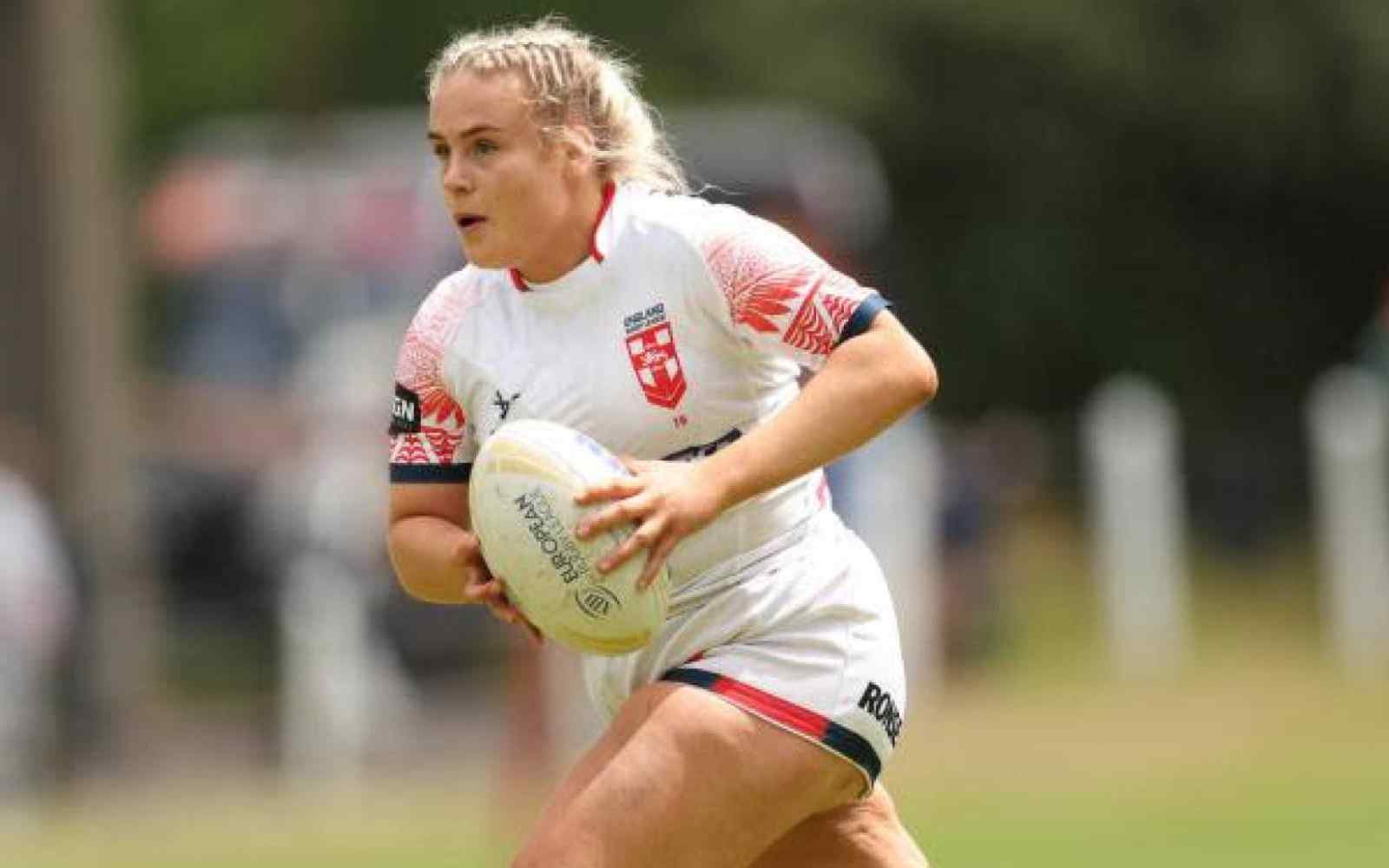 Grace graduated in PE and Sports Coaching (MArt) at York St John University in 2020 and plays a key community engagement role in the team at the University’s Sports Park on Haxby Road.

After a highly successful rugby career with Featherstone Rovers and Castleford Tigers, the 25 year old prop signed for York City Knights in May last year.

Grace is one of four members of the Betfred Women’s Super League winning Ladies squad to get the England call up. She’s joined by Knights’ teammates Hollie Dodd, Tara Jane Stanley and Olivia Wood.

Grace said: “It’s a fantastic honour to be selected in the squad alongside the best players in England. I am really looking forward to getting into camp and playing in a World Cup”

England Women head coach Craig Richards said: “The process to select the final squad ahead of the Rugby League World Cup has been a difficult one, but I am confident I have picked the strongest squad available to me.

“I think we’re in a really privileged position to have some experienced players in the squad such as captain Emily Rudge who is heading into her fourth Rugby League World Cup, our all-time top try-scorer Amy Hardcastle, and players like Jodie Cunningham, Courtney Winfield-Hill and Tara-Jane Stanley.

“In contrast, we also have some very exciting younger players included with the likes of Hollie Dodd, Fran Goldthorp and Zoe Hornby.

“With just over a month before we kick it all off at Headingley Stadium against Brazil we are excited, focused and determined to make the most of this huge opportunity for Women’s Rugby League.”

York St John University will play a key role in hosting the Rugby League World Cup in York, in partnership with Make It York. In addition to hosting the Cook Islands women’s team from next month, the University is holding Rugby League festivals for local schools in the run up to the tournament.

Tickets are available online at rlwc2021.com.