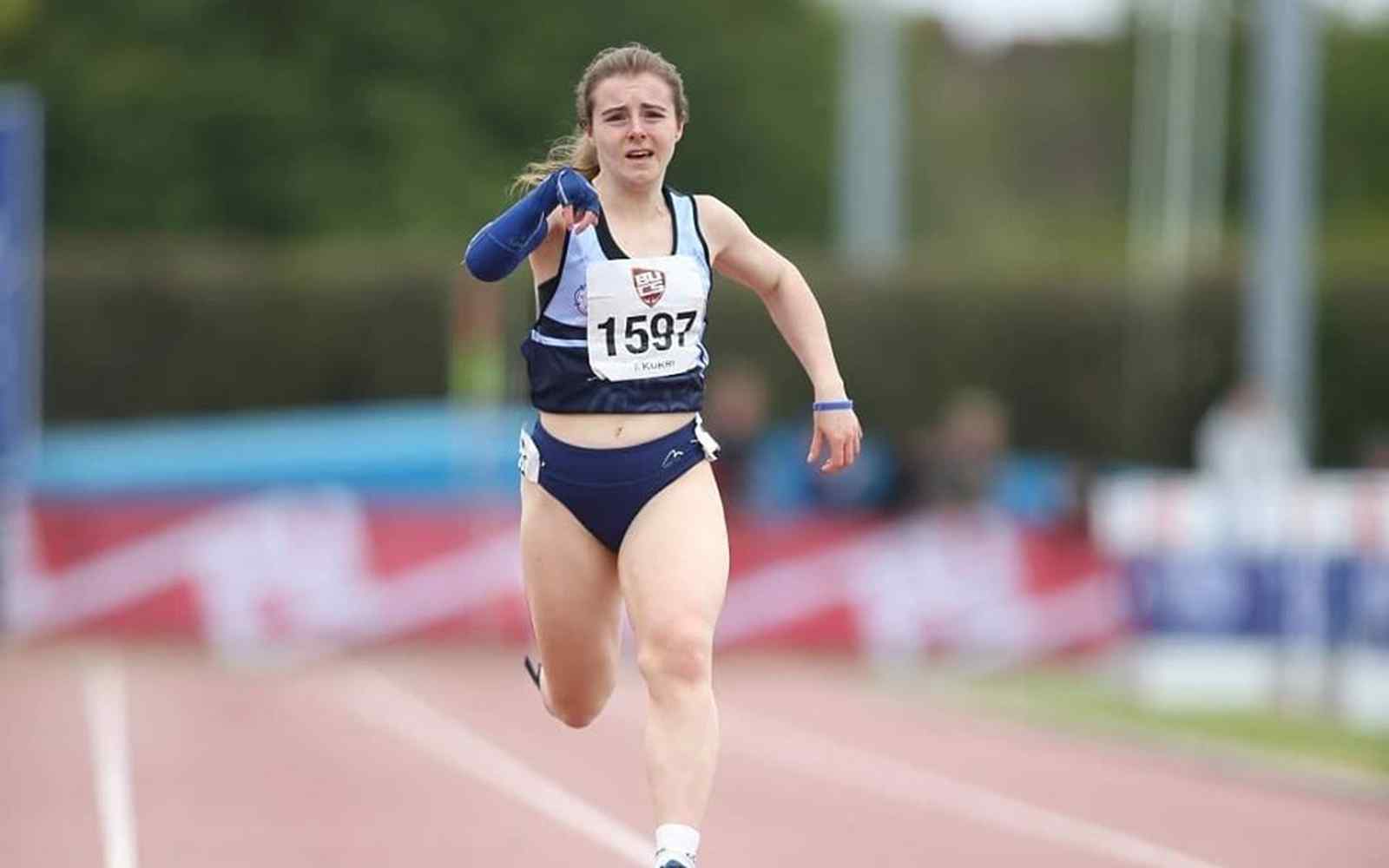 20-year-old Amy Carr, who will be entering her third year as a Sports Science student in September, will be looking to cause an upset in the long jump and 100m/200m races within the para-athletics competitions.

Amy, who has been achieving personal bests in training, will go head to head in the T37-T38 classifications with athletes from all over the world. The York St John student will be joined by her mum in the stands during the Anniversary Games, which take place on Saturday 20 and Sunday 21 July, and will be cheered on by family and fellow students watching from home.

Amy said: “Training is going so well. I've managed to run a massive personal best in the 100m so far so I'm hoping to improve on that in the Games. I started training for athletics competitively after watching the London 2012 Paralympic Games. I was then more aware of the opportunities disabled athletes had within sport and exercise. My proudest moments were being asked to be team captain at the 2017 World Junior Championships and also being selected to represent Scotland at the 2018 Commonwealth Games.”

Founded in 2013 as a legacy to the 2012 Olympic & Paralympic Games, the Müller Anniversary Games is now a world-leading athletics meeting which attracts the biggest names within the worldwide IAAF Diamond League tour. British and international stars will compete at the Olympic Stadium, where Amy fell in love with athletics seven years ago.

She added: “This season's ambition is to PB or equal my PB in all of my events. As the first year of university was quite physically/mentally tiring, I took some time away from the sport so I could regain my focus. Long term, I would like to aim for the Europeans next year and 2024 Paralympics.”