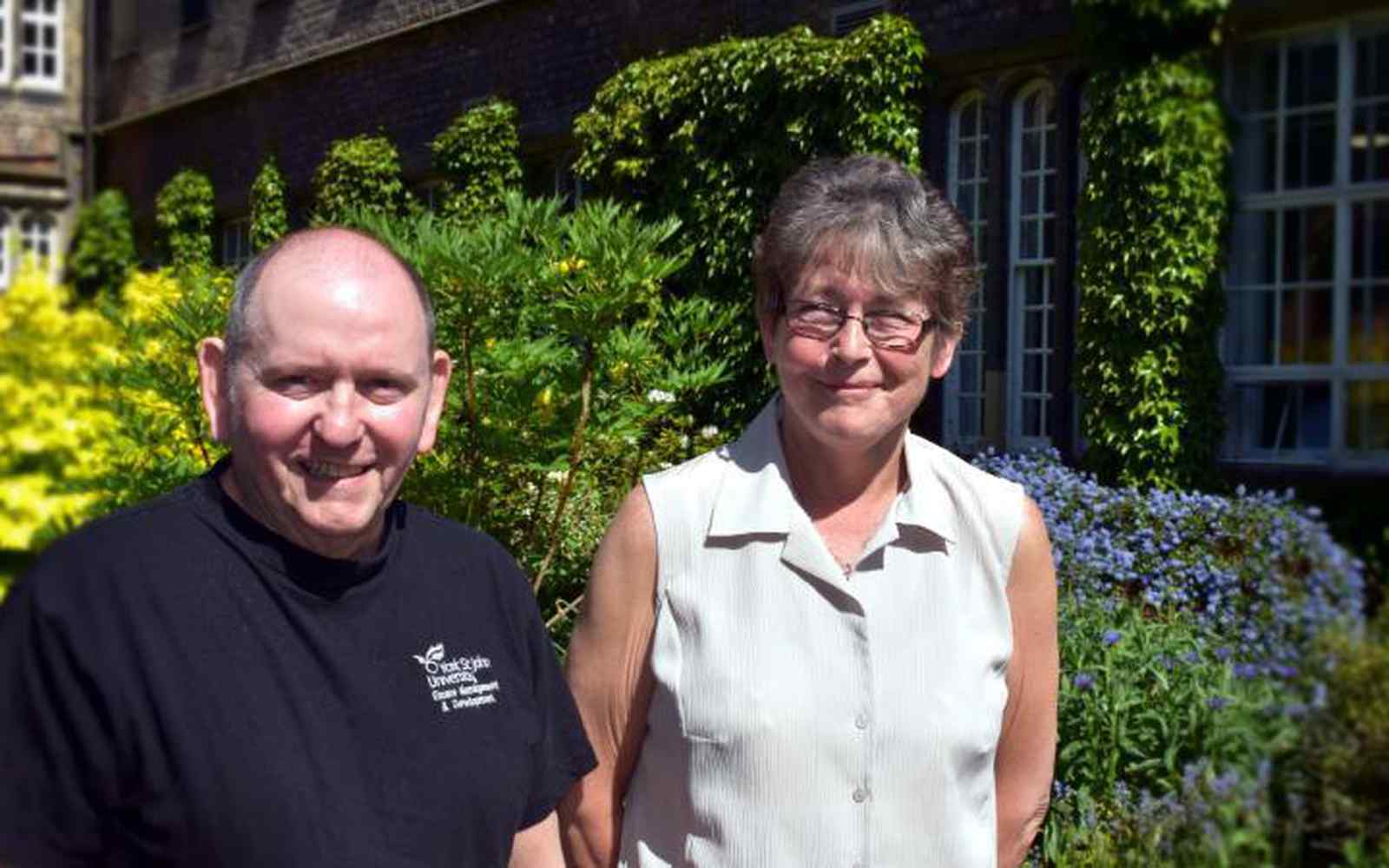 Two members of York St John staff are to attend the Queen’s Garden Party on May 29 at Buckingham Palace, in recognition of their valuable work and dedication.

Plumber Dave Thompson is York St John’s longest serving member of staff, having first joined the institution in 1979 when it was the College of Ripon and York St John. He is now due to retire this summer, after 40 years of service, many of which were spent as branch chair of Unison.

For Dave, the trip to Buckingham Palace has particular sentimental value, “One of the nice things is that my mother, who’s 93 now, got invited to a Royal Garden Party when I was a little lad. She got the invitation as she was very active with the WI. Unfortunately though, she was really ill and didn’t make it to the party, never went. She’d already bought her dress and everything. The first thing she said when I got invited was don’t end up in hospital. So it’s so nice to be going in that respect, for her.”

Maggie Sutcliffe was nominated to attend in recognition of her commitment to the University, particularly in a year that saw her lose two of her closest family members. Maggie has worked for the domestic services team for the past eight years, and was praised for ‘always giving her best and more’ in her role. Colleagues were also keen that she was given something to look forward to, after she suffered two bereavements in close succession.

“It means a lot to be recognised in this way, nobody’s ever done this kind of thing for me before. With me just losing my husband as well, it’s really given me something to focus on,” said Maggie. Though she admitted she might find it hard to resist her cleaning urges, “I don’t know what we’ll be allowed to see of the Palace. To be honest I’ve got this habit of writing my initials in any dust that I find, then I go back to see if it’s gone. Might get thrown out if I do so I’d better be careful.”

The Royal Garden Parties are seen as an important way for The Queen to speak to a broad range of people from all walks of life, all of whom have made a positive impact in their community. Each year, Her Majesty welcomes guests to spend a relaxed summer afternoon in the beautiful gardens of Buckingham Palace, gardens which are never open to the general public. At each Garden Party, around 27,000 cups of tea, 20,000 sandwiches and 20,000 slices of cake are consumed.