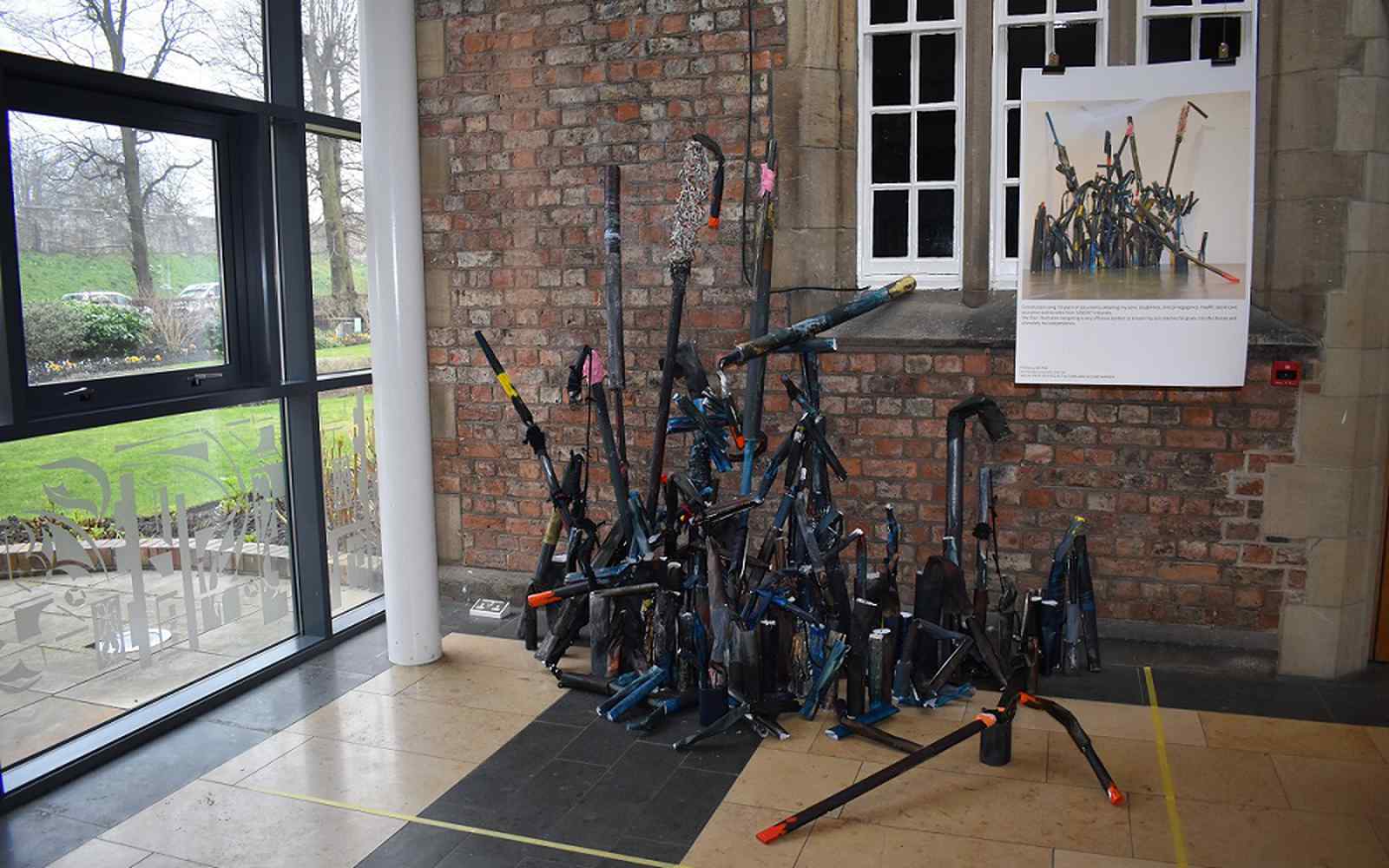 Eleanor spent the last five years of her life confined to a wheelchair, and was only able to use her eyes and face to communicate, before tragically dying in 2008, aged 26. The prize, run by the Liceo Artistico and supported by York St John University, will showcase British and Italian art students’ free-thinking responses to the theme of art and disability.

Giuliana Parodi, event organiser, said: “This is the third time the exhibition will be shown at York St John University, and the APEW is most grateful for this repeated hospitality. The prize has been established in memory of Eleanor Worthington, a severely disabled Anglo-Italian young woman who throughout her brief and difficult life kept a strong enthusiasm for living, which was inspiring for the many people who met her. She lived mainly in York, where she was born, and in Urbino, which is why there’s a focus on these two places. The prize concentrates on visual language because of its immediacy, and is addressed to young people to encourage sustained concentration on the issue of disability.”

Guiliana added: “General awareness of the problems and of the potential of disabled people is essential to bring societies to eliminate barriers.”

Eleanor’s family, friends and school wanted to transform her individual story into a collective experience, with the aim of raising public consciousness of the issue of disability. Eleanor suffered from a severe form of lifelong epilepsy and learning and behavioural difficulties, and was regarded by students and staff as a highly intelligent and inspiring person who left an enduring legacy at the Liceo Artistic