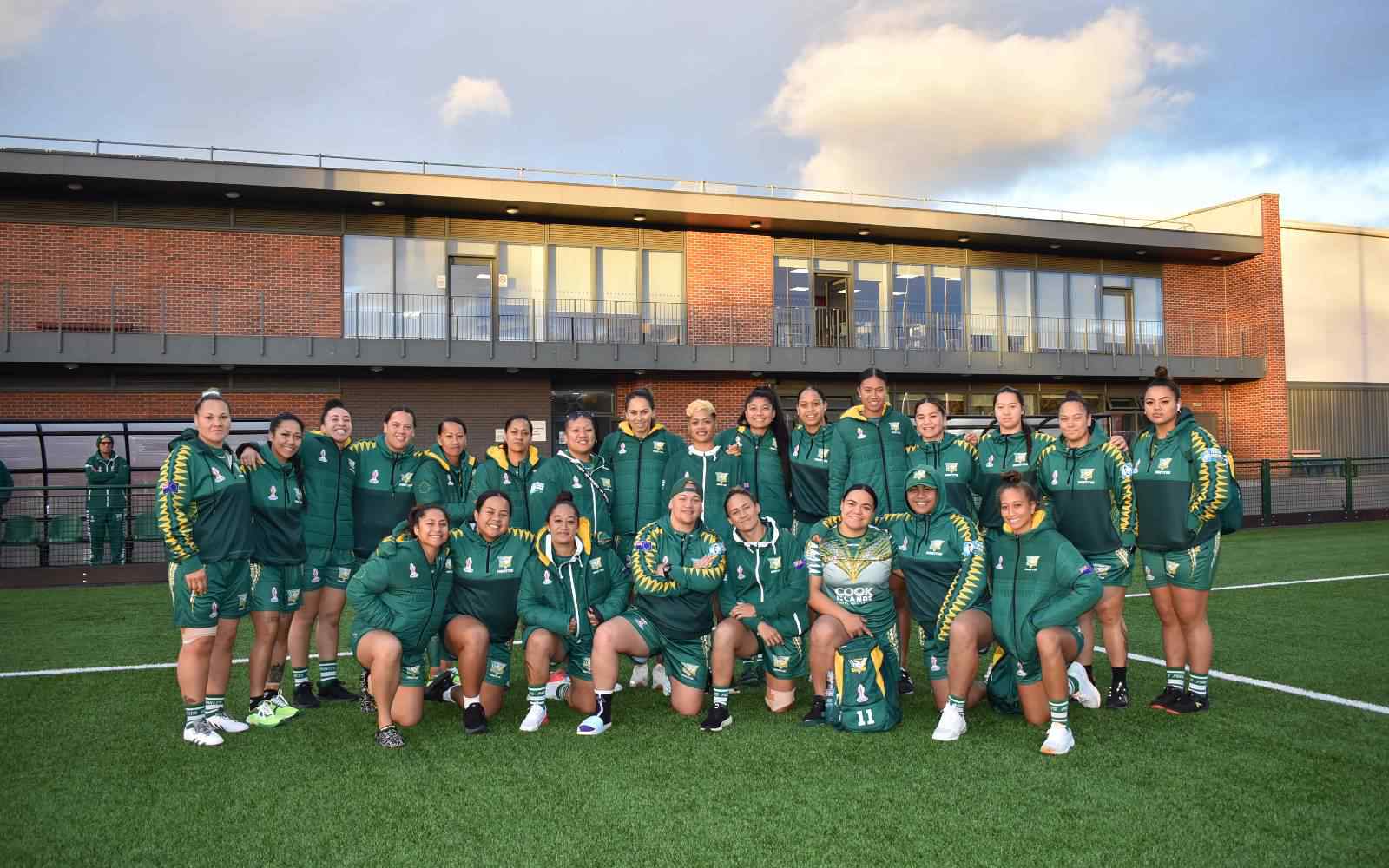 The bespoke rugby league 4G pitch at our Sports Park on Haxby Road was built to the exact specifications of those at the LNER Community Stadium, making it the perfect place to prepare for RLWC21 games.

York’s LNER Community Stadium is hosting eight women’s games, more women’s games than any other host city or town in the tournament.  The Cook Islands squad join women’s teams from Australia, France and New Zealand plus the New Zealand Men’s team as the five teams and four nations being hosted in the City this tournament.

The Women’s Rugby League World Cup title will be contested by eight teams, the highest number in the tournament’s history. Since its inception, the tournament has only ever been won by two teams. New Zealand have taken home the trophy a record three times, while Australia have won the title twice including the most recent final in 2017.

“We’re delighted to be playing our part in the Rugby League World Cup and hosting these amazing players. It’s been great having them here to make use of our facilities and it’s an incredible experience for our students, especially those who’re getting to work with them directly. How many other Sports and Exercise students can say they’ve provided massage therapy to world-class athletes?

“The tournament is bringing so much to the city, and we look forward to working with our partners to maximise its legacy here in York.”

“We are really appreciative of the opportunity to train at York St John University and its amazing facilities, beautiful pitch and well-appointed gym. The team have really appreciated all the help from staff here as well, they’re very happy to have such a lovely facility available to them and we’re really thankful for the opportunity to train here. Our time here so far has been wonderful, the people of York have been very welcoming, very accommodating and kind to us.

“A highlight for us was the chance to explore the city, we did a river cruise, saw the Minster, went to York Dungeons and walked down the Shambles and did a bit of shopping as well. We feel very blessed to be in this wonderful part of England – we're really enjoying our time here. We look forward to coming back here on holiday after the World Cup is finished!”

“In a year where women’s sport has made front pages and captured the imagination of so many, we couldn’t be prouder to be hosting more women’s games in York than any other host city or town.

“All eight games at the LNER Community Stadium are set to be a great occasion, including the highly anticipated double header Semi Final fixtures. It is a huge opportunity to showcase York on the international sporting stage, and a brilliant chance to see world class teams play international sport on our doorstep.”

Elsewhere in the tournament, York St John’s own Grace Field is proving a key part of the England women’s squad. Grace who studied PE and Sports Coaching at York St John and now works for YSJActive, made an immediate impact in their opening game against Brazil, scoring with her first touch of the ball. Read more about Grace here

Tickets are available online at rlwc2021.com.