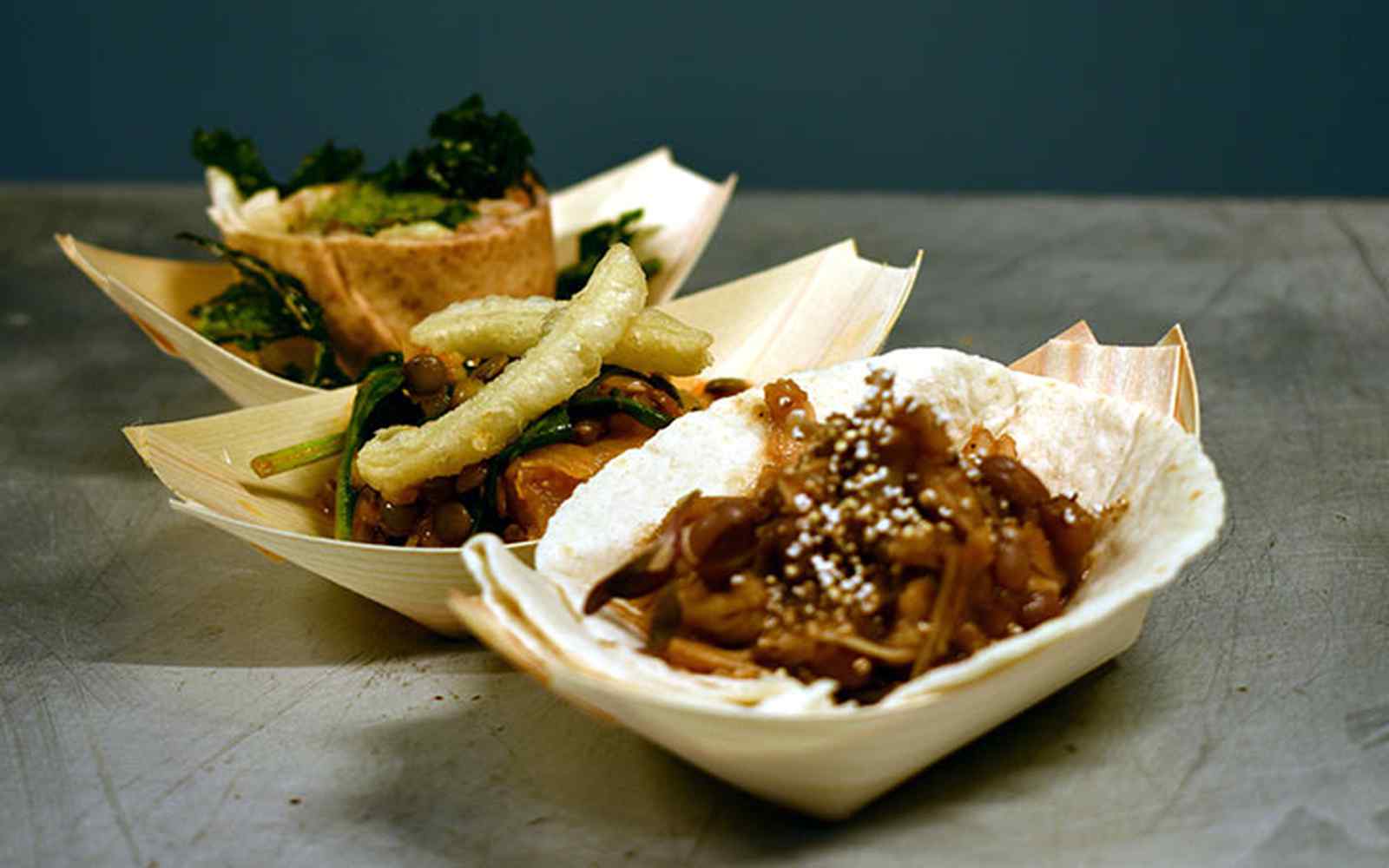 The trials aim to encourage students and staff to increase their uptake of plant-based foods.

This week, York St John hosted two days of food tastings and talks aimed at encouraging people to think about the environmental impact of their food. The University’s catering supplier Sodexo teamed up with WWF to encourage students and staff to increase their uptake of plant-based diets. As part of this, a pop-up restaurant was seen within the University which allowed people to sample 100% plant-based street food dishes.

York St John staff members and representatives from WWF also held talks on the topic of sustainability across the two dates. A discovery board with information about environmental and health benefits was also available at the pop-up event.

Paul Revell, Head of Procurement at York St John University, said: ““York St John is delighted to be hosting the WWF Finer Diner this week. Working in partnership with our catering team, we’ve been able to show that we can create exciting and appetising meals that are made entirely of sustainably sourced ingredients. Supporting the event, our guest speakers have been talking to students about our own operations and how we are striving to embed environmentally responsible values into everything we do. We are all stewards of the planet we live on we have a duty to ensure the next generation to come will inherit a sustainable future.”

David Mulcahy, food innovation director at Sodexo, said: “We know that Generation Z are increasingly turning towards vegan and plant-based diets to improve their health and reduce their impact on the environment. “The dishes that students will be able to sample at Finer Diner have been created to reflect the growing trend for street food and, of course, feature some of the Future 50 foods such as kale, spinach and lentils, all of which are really versatile and can be included in many dishes that people might usually associate with meat. “We are looking forward to demonstrating that popular dishes like curries, kebabs and tacos, can be just as delicious when they’re 100% plant-based.”

Nick Hughes, food sustainability adviser at WWF-UK, adds: “Our aim is to encourage students to explore plant-based foods and help them make the connection between what they put on their plates and its impact on the planet. “Young people represent the future of our society, and we feel that encouraging them to make the switch could have a major influence in the fight for our world.”