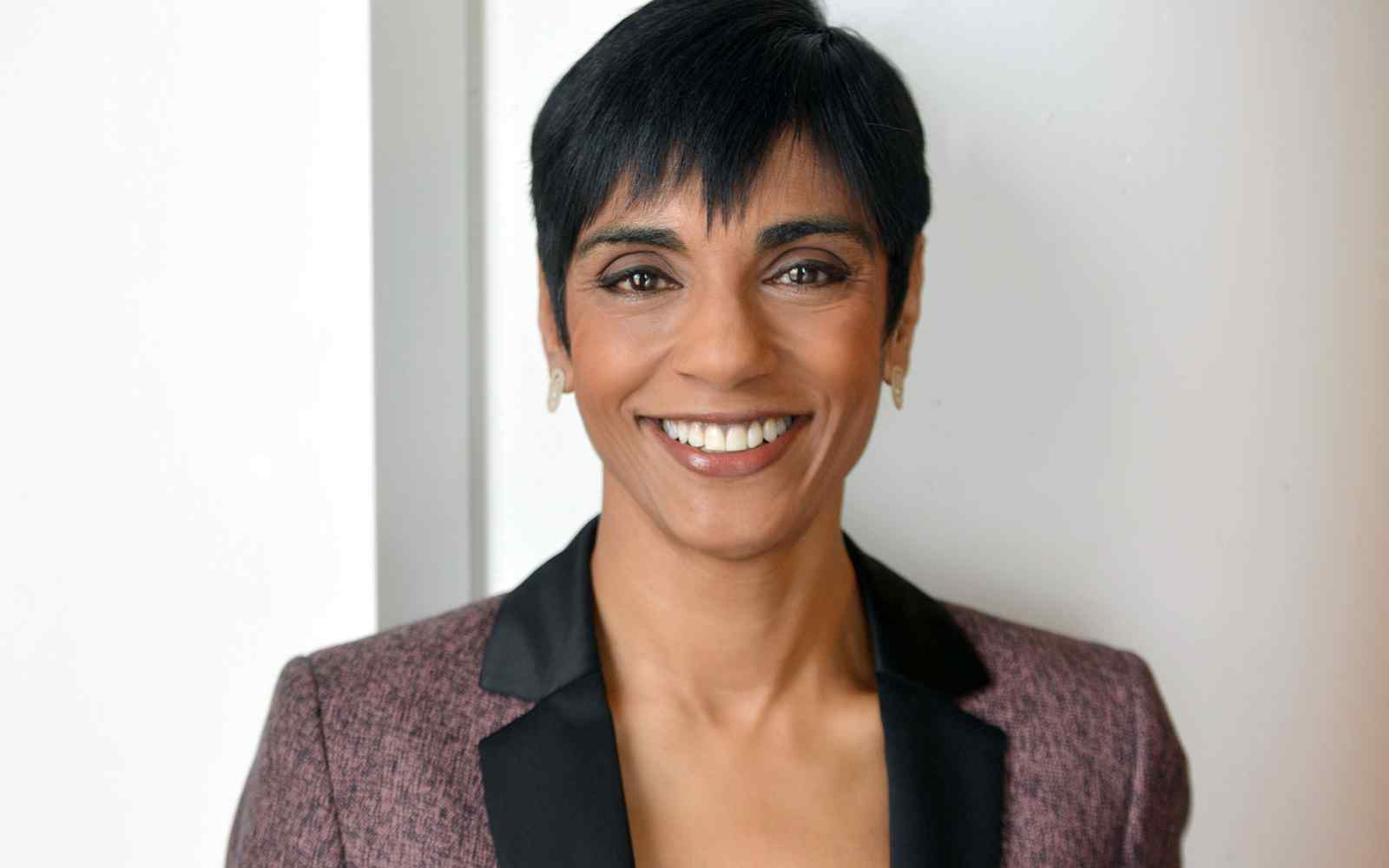 Hosted on Microsoft Teams and attended by over 140 students and three staff members, Reeta answered questions ranging from advice for entering broadcast journalism to how she deals with reporting challenging stories.

Throughout the hour long session, Reeta emphasised her dedication to her ‘trade’, beginning by explaining how she gained industry experience through unpaid work experience and continuing to persevere despite twice being rejected for a BBC training course. By admitting she had no work experience and no industry connections, she easily connected with students who later asked for advice on applying for work in the industry. Her advice was simple: ‘just try everything’. Despite the competitive nature of training courses, work placements and job opportunities, she reminded students that ‘it could be you’ that is chosen for the role, and that perseverance is key to making an impression. After all, it was only on her third attempt that she was accepted onto a BBC training course that would begin her 30 year career. As one third year student reflected, ‘in terms of how I feel about my future in media, I feel a bit more at ease’ after learning about different industry apprenticeships, such as the one Reeta completed, and how they could ‘help guide people’ through different career paths.

During the session, Reeta said that journalism often attracts people who ask the difficult or awkward questions, questions that seek uncomfortable answers. This attraction was clear when students asked to hear her experience of reporting on hard-hitting stories, such as in 2017 when she reported on Rohingya Muslims fleeing Myanmar. Poignantly, she described how despite the distressing experiences she was reporting, the importance of professionalism when facing human horror in ensuring that the story is told. She explained how she reports ‘with humanity and clarity’ and admitted that some experiences were particularly difficult for her team, citing a report about a child who later died of their injuries.

When Dr Sue Greenwood asked for her opinion on ‘empathy fatigue’ caused by depressing and hard-hitting news stories, Reeta conceded that there is a ‘limit to what people can take’ in their living rooms, but that the reality of journalism is that often those on the ground feel the news is ‘too sanitised’ compared to the reality of warfare, famine or poverty. From the follow-up questions about preparing for difficult reporting situations, class bias at the BBC, media censorship and the social media abuse of popular women reporters, it is clear that students are already on their way to being engaged and serious journalists, key attributes she cited for securing work in the industry. But her insights on these issues also provided inspiration to students, with one second year student commenting after the talk that ‘it truly has made me so excited, inspired and motivated to work in the industry … and be part of projects I’m passionate about’ like Reeta’s reports on ‘provocative and important stories’.

From the serious to the light-hearted, the session ended with the most important question of all: was it true that she was a big David Bowie fan? A big fan she replied before staff initiated a round of virtual applause for her time and insights.

The next speaker in the series is retired BBC Look North presenter and York St John alumnus, Harry Gration. A broadcaster with over four decades of experience, he originally trained as a teacher at St John’s College and was Head of History at Rodillian School in Wakefield before joining BBC Radio Leeds. During his career, alongside his commitment to local news stories, he interviewed every Prime Minster since Margaret Thatcher and reported on numerous important events including Hillsborough, the Bradford riots and the murder of Jo Cox. In 2013 he was honoured with an MBE for services to broadcasting and in 2018, like Reeta, York St John University made him an honorary graduate.

The professional speaker series will run throughout February and March with industry professionals from a range of outlets including Channel 4, The Guardian and Screen Yorkshire. The series aims to cover a broad range of topics, including networking skills, career paths after graduation and working as a freelancer.