Students work with the Experts 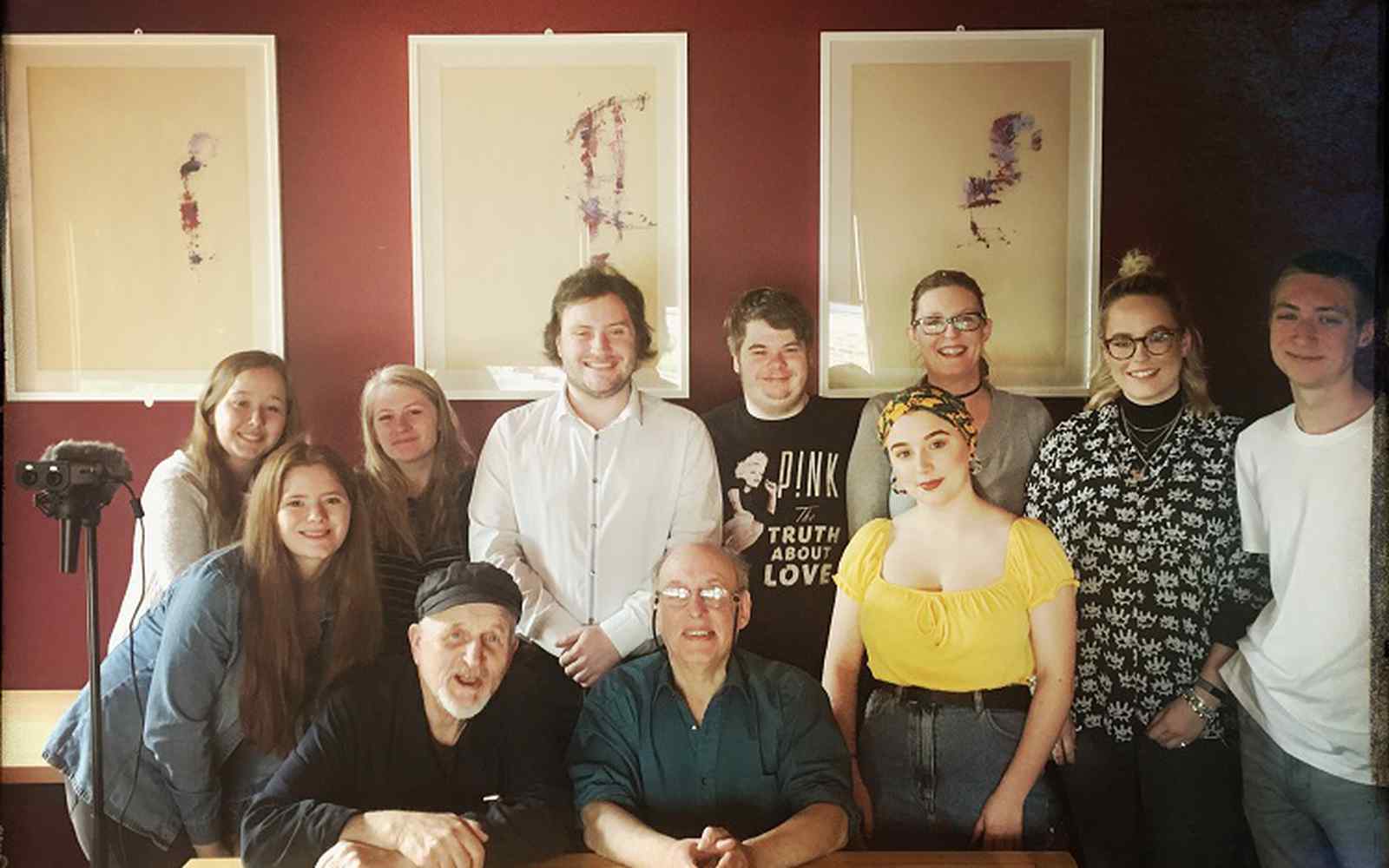 The students, studying Writing after Beckett and Writing and Theatre modules, were invited to listen and learn about writing and performing scripts for experimental sound composition. Each student will be credited as performers in Trevor Wishart and Martin Riley's latest work that will be touring internationally to prestigious venues in 2020.

Trevor Wishart has held composer residencies in Australia, Canada, the Netherlands, Berlin and the USA, Cambridge and Birmingham. His works have been commissioned internationally and have won prizes at the Gaudeamus Festival, Linz Ars Electronics and the Bourges Festival.

Claire Hind, Associate Professor in Theatre and Performance, said: “I am delighted that since Trevor Wishart's last visit to York St John University he has returned again to work with our students. Our students expressed how fantastic the workshop was and the experience to work collaboratively in this project.”

The new performance the Garden of Earthly Delights will be exhibited as an 8-channel sound-surround artwork, in which the listener is led through a series of sound-landscapes where different events including a political rally, an enchanted forest and a series of interviews for an unspecified "Mission" take place.