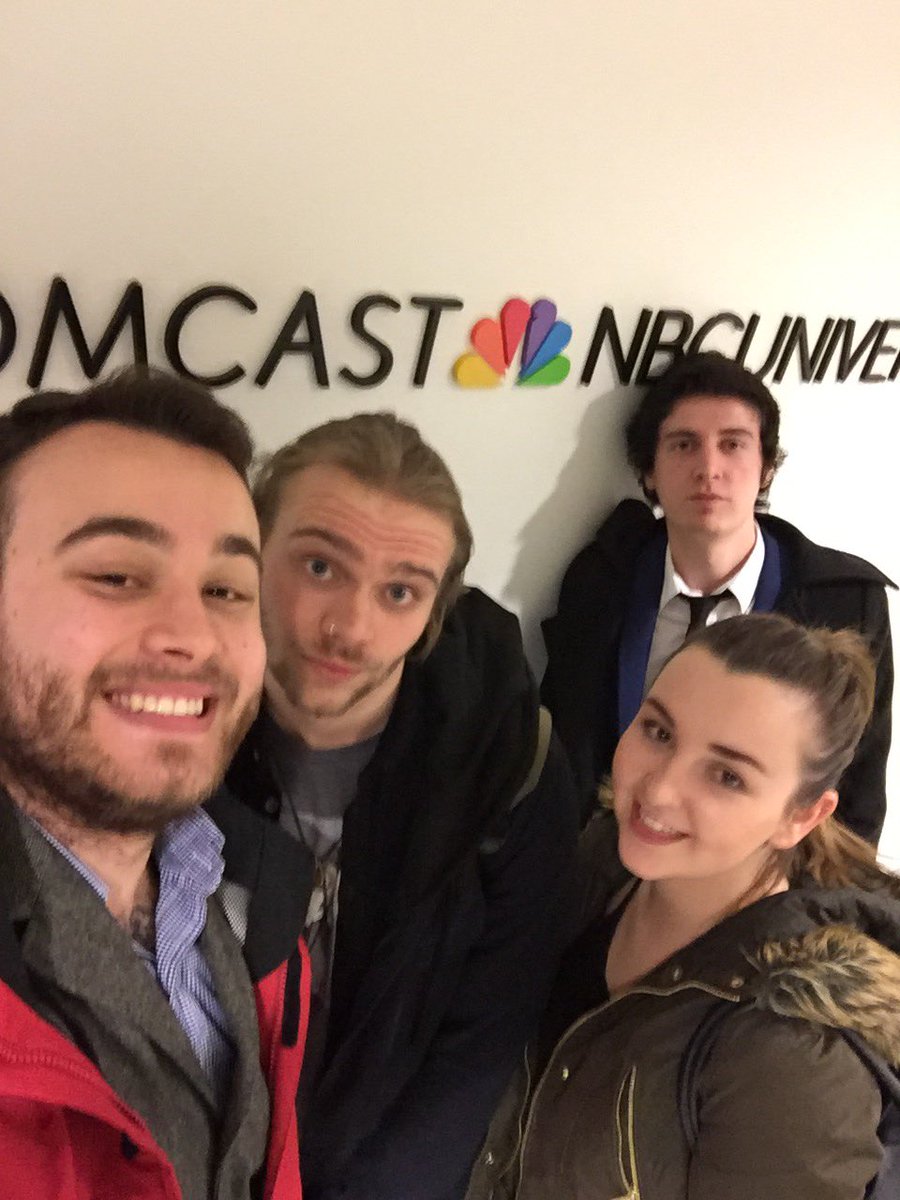 The students – Liam Taylor-Rutterford, Kyle Bell and Beth Sigsworth – were up against three other universities to present their ideas to a panel that included Jonny Fewings, executive producer of a string of feature films including A Fantastic Fear Of Everything, 4.3.2.1. and Storage 24.

They were tasked with pitching a sports branding project using short form content, and won the pitch. The organisers said the presentation was “slick, well-thought through and insightful and all the presenters really showed off some great presenting skills”.

Liam, Kyle and Beth are all final year film & television production students. Liam said: "It was an incredible experience seeing the inner workings of an international media company. We gained insights into how NBC Universal acquire content and what they look for. To then pitch new content to a panel of such high importance was a real honour and the feedback we received was breath-taking.”

Fellow students Alex McNamara and Liam Baguley also took part in a separate category for magazines, which was won by Falmouth University. The other universities taking part were Oxford Brookes and Kent.

With a reputation for film & television production stretching back more than fifty years, York St John University plays a central role in developing film and media talent in York and beyond.

Students are provided with opportunities to work closely with industry partners to develop future careers in original film and television production, news, documentary and screenwriting.

York offers a fantastic setting for students studying media, film and production courses at York St John University with its thriving visual arts scene, including the acclaimed Aesthetica Film Festival and status as a UNESCO City of Media Arts.