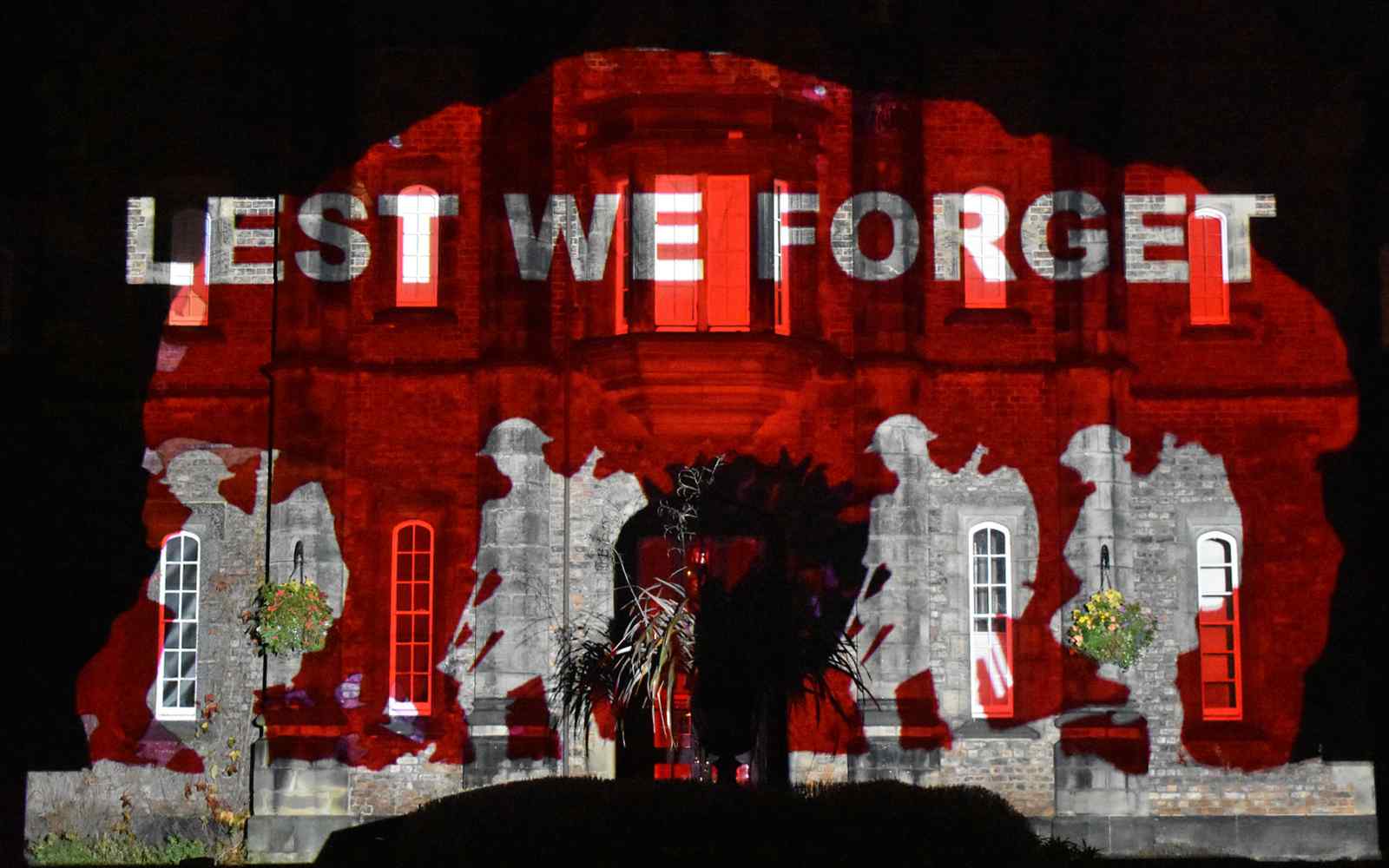 The poppy-themed illumination, designed by Sarah Atkinson, Executive Assistant to the Vice Chancellor, was commissioned in remembrance of the University's eighty-four former students who were amongst the thousands who fought and died in the First World War.

Professor Karen Stanton, Vice Chancellor of York St John University, said “It is fitting that we commemorate Armistice Day by also honouring our distinguished alumnus John ‘Jack’ Harrison VC, MC at our graduation ceremony this year, 100 years after his extraordinary achievements and sacrifice. I am delighted that Jack’s family will be at our graduation ceremony in York Minster to receive the honorary award on his behalf”.

2017 marks the centenary of Jack’s death, when on 3 May 1917, during the capture of Oppy Wood, he lost his life during an attack by the East Yorkshire Regiment in the third year of the war. A 2nd Lieutenant, Jack silenced an enemy machine-gun post single-handedly for which he was posthumously awarded a Victoria Cross. He had already received a Military Cross for successfully leading a patrol into no-man’s land in February 1917.

Jack Harrison trained to be a teacher at St John’s College, the precursor to York St John University, before serving in the East Yorkshire Regiment. He represented the College at rugby, cricket and swimming and was captain of the rugby team.

On completing his studies, Jack returned to his native Hull to teach at Lime Street Council School. He also continued to play rugby and his first game for the rugby league club, Hull FC, took place on 5 September 1912. Becoming a popular local celebrity, he scored 52 tries in the 1914-1915 season, a record which has never been surpassed.

Jack Harrison will be awarded a posthumous Honorary Fellowship on Tuesday 14 November.