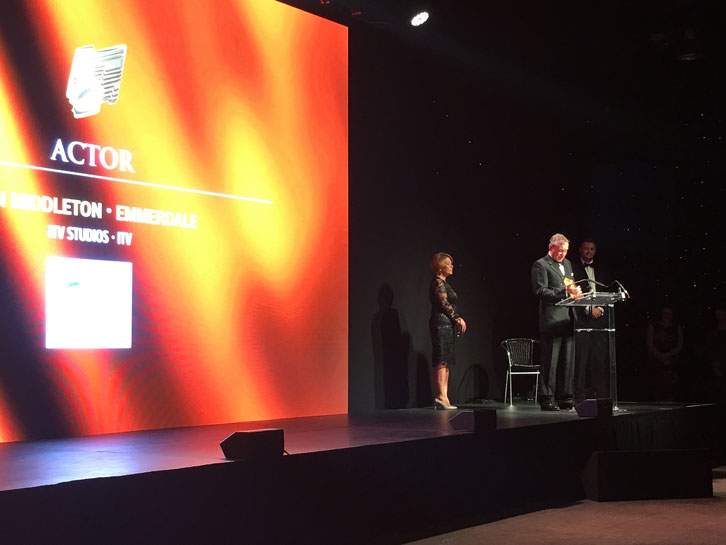 Middleton, who plays vicar Ashley Thomas in Emmerdale, was recognised for his performance reflecting his on-screen character’s dementia and was also a winner of the RTS Yorkshire Outstanding Contribution award.

The ceremony was opened by Dr Fiona Thompson, Executive Dean Quality at York St John University and Chair of the RTS Yorkshire Centre, who said: “There is no shortage of TV talent in Yorkshire”.

Recent figures reveal that growth of the TV and film industry in Yorkshire & Humber outstrips every other region in the UK, and more than 450 industry professionals and guests attended the event at the Royal Armouries Museum in Leeds to recognise the exceptional contribution to comedy, drama and factual programming produced in the region.

As a longstanding sponsor of the RTS Awards, York St John University is proud of its thriving range of film and television courses for a growing number of students in its School of Performance and Media Production. Graduates from TV courses include BAFTA-winning producer Jonathan Green and director of York-based production company Orillo Films, Keenan Foley.

The university also hosts York television channel, That’s York, which began broadcasting from studios at the city-centre campus in July 2017.