Tim Shipman, political editor for The Sunday Times, will speak at York Minster this week to share his insider’s view on how and why Britain voted to leave the EU, as part of York St John University’s Ebor Lecture series. 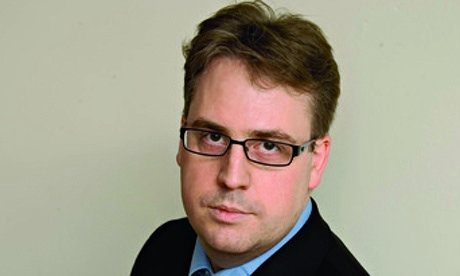 Shipman, who has written for The Spectator, Daily Mail and Sunday Express, has been covering politics since 2001. He is a regular contributor to the BBC and Sky News and has a growing following as a witty observer of the political scene on Twitter.

His experience is diverse and has seen him report on a wide range of news, from the war in Kosovo to Bill Clinton's impeachment, as well as writing extensively on security issues. He was the main anchorman for the Express’s coverage of the Iraq War, reporting from the US Central Command in Doha. Well known in the Westminster political mix, he is a trusted confidant of politicians from all political parties.

His book All Out War is full of insight and first-hand accounts of the events leading up to Brexit. Based on unrivalled access to all the key politicians and their advisors, the book is a political history that reads like a thriller, offering a gripping, day-by-day account of what really happened behind-the-scenes in Downing Street, in both the Remain and Leave campaigns and within the political parties involved.

Tim Shipman’s lecture ‘The Journey Through Brexit’ is free as part of the Ebor Lecture series showcasing Journeys: Changing Places, Minds and Beliefs. Don’t miss this unique opportunity to gain the inside story of Britain’s contemporary political history on Wednesday 26 April at 7.00pm at York Minster. Hardback copies of Tim Shipman’s book All Out War will be on sale before and after the lecture, with a book signing at 6.15 pm.

To find out more and to book your place, see the York St John events webpage.