The beautiful York St John University campus was transformed into a film set this week as Honorary Fellow Kay Mellor OBE returned to film part of her new series for ITV. 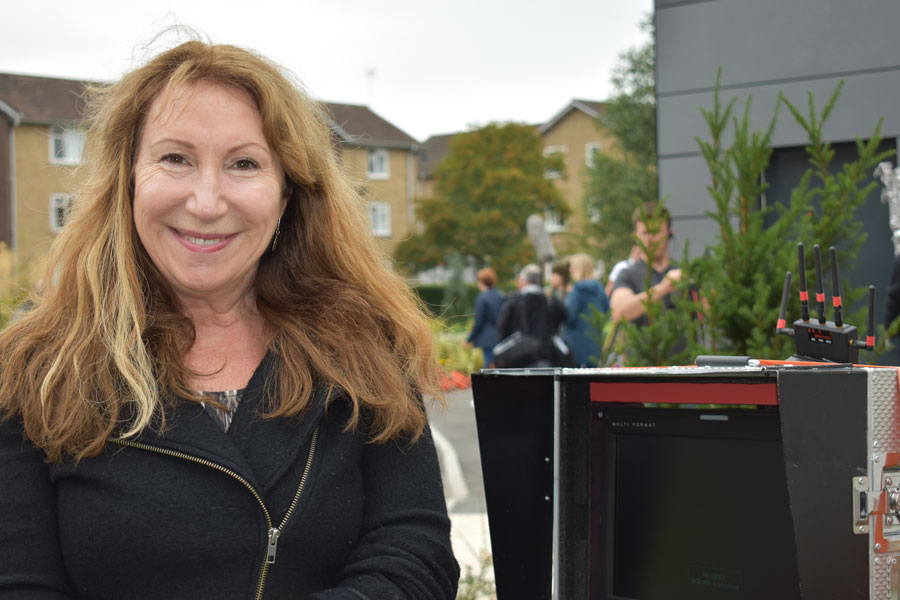 The campus and new Students’ Union building were the backdrop for a scene in new drama ‘Girlfriends’, written and directed by Kay and starring Zoe Wannamaker, Miranda Richardson and Phyllis Logan. The six-part series is a contemporary story about three childhood friends, their families, responsibilities and the inevitable changes that age brings.

The award-winning scriptwriter, actress and director said she was delighted to have the opportunity to film at York St John University and had fond memories of being awarded her fellowship in the stunning setting of York Minster in 2004.

Welcoming this year’s new students, she said: “I know you’ll have a brilliant time here”.

Produced with Kay’s trademark feel-good factor, ‘Girlfriends’ is set mainly in Leeds, with some scenes in and around York. Staff and students at York St John were delighted to see Kay and the Rollem Productions film crew in action and look forward to seeing the series when it hits our screens in January 2018.