From Masters to My Sister's Bones - how choosing the right M.A helped author Nuala Ellwood release her writing potential 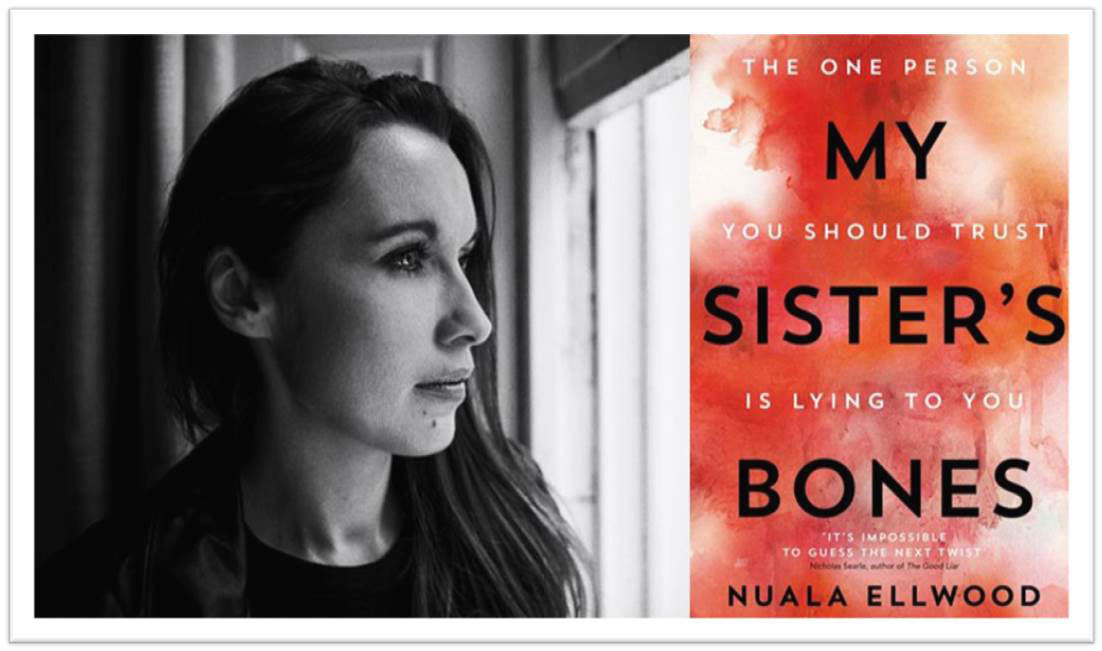 It's always a big decision to commit to a master's degree.  Especially when real, adult life is in full swing and study must be balanced with kids, jobs and relationships.  It can be tiring just thinking about it!

But finding the right M.A at the right place and the right time in your career can be life-changing and give you the space, support and focus to turn a long-time ambition into a reality.

For writer Nuala Ellwood who, fresh from being named one of the Guardian's best debut authors of 2017, publishes her first novel 'My Sister's Bones' this week, the M.A. in Creative Writing at York St John University had all the right ingredients.

Nuala explains how after having a baby, when her family moved to York from London, choosing the M.A. was a catalyst for honing her craft. "All of us on the course were busy with family and jobs, but it gave us two hours every week to concentrate solely on our writing and then workshop it with feedback from the other students and lecturers, which was fantastic".

Whilst undergraduate courses often involve getting fully immersed in university life, balancing an M.A. with life's other responsibilities can become a lonely experience, so it's important to find a place to study where you feel supported and included in what's going on.  This was a big factor for Nuala in choosing York St John.

"It was a wonderful experience. It's a very nurturing and supportive place. It has the feeling that no matter when you graduate you're still part of the university, they're still there for you and because it's in the centre of the city it has that lovely close knit feel".

That link has certainly remained strong. Nuala now teaches part-time on the M.A. course, offering other aspiring writers the benefit of her practical experience around things like finding an agent, pitching your work and getting published. This emphasis on practical value and staying at the forefront of industry developments is another important M.A. consideration. Nuala explains:

"The attitude of lecturers was very forward thinking. The industry changes all the time and you've got to keep up with that if you're giving practical advice to students. The course at York St John was very innovative, with things like festivals, bringing in agents and publishers and they're constantly developing new ideas, which is what you need if you're coming with the ambition that you want to be a writer".

These are factors that have definitely served Nuala well. 'My Sister's Bones' has been positively received by critics, with favourable comparisons to 'The Girl On The Train' amongst others. Its pacy and suspenseful narrative has seen it described as a thriller, but its main theme - the post traumatic stress disorder of central character Kate, partly as a result of her time as an international war reporter - makes it just as powerful as a psychological character study.

With a second book for Penguin now in draft, it's an exciting time for Nuala and testament to the impact that combining the right M.A. with the right attitude can have.

"With writing, I love it enough to really give everything to it. The M.A. at York St John University was the beginning of my transition to working as a published writer and really helped with my confidence".

Nuala Ellwood's debut novel 'My Sister's Bones' is available for digital download and was published in hardback on Thursday 9 February.