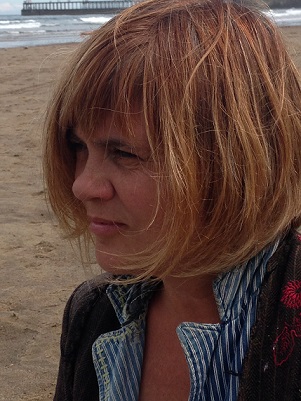 Linda Marshall-Griffiths was already an established playwright when she was offered a PhD scholarship at York St John University. The opportunity to step back and examine the work of others as well as her own has proven to be a powerful tool to develop both her writing and creative collaborations. Using a theoretical approach to articulate her writing process means that Linda’s work has blossomed both on the stage and in the sound booth, winning her international acclaim.

Her radio play The Sky is Wider was first broadcast on Radio 4 in July 2016 and was selected for the Prix Europa Festival in Berlin the same year. It has just won Best Single Drama at the BBC Audio Drama Awards, voted for by industry peers. This recognition by radio producers and other writers comes at an exciting time for radio drama. New technology and increased accessibility via platforms like iplayer are creating a revolution in sound, and Linda is delighted to be part of the growing public profile of radio drama.

“People sometimes think that radio plays are a bit dated, but they’re actually like music – constantly evolving. Audio dramas can be a time-machine that take you on an amazing, immersive journey.”

The Sky is Wider was recorded with a binaural microphone, creating a 3-D stereo sound sensation for listeners, almost as if you are in the room with the performers. The soundscape of a forest and hospital are brought to life as the play explores the consciousness of a patient following a devastating brain injury. Inspired by themes from the States of Mind exhibition at the Wellcome Collection in London, The Sky is Wider was also nominated for Best Use of Sound and won Best Actress for the moving performance by Christine Bottomley.

At the heart of Linda’s work is her fascination with and exploration of silence. The relationship between silence and noise in radio is the subject of her PhD at York St John.

“I tend to write radio plays like a music score or haiku, where you need to leave space to create impact. Silence is often felt as uncomfortable but it can also provide freedom and space to think, evaluate and discover. It can unpick words.”

This intimate quality runs through Linda’s writing for both radio and theatre. Her adaptation of Villette for the West Yorkshire Playhouse was reviewed by the Telegraph as ‘aptly daring’ and by The Guardian as a ‘bold adaptation’, recasting Bronte’s narrator Lucy Snowe as a cloned survivor of a deadly virus searching for the remains of a nun called the Lady of Villette.

Adapting Bronte was a fitting challenge for a writer based in Yorkshire.

“I do love living in York, and get a huge amount from engaging with talented staff and students at York St John. I spend quite a lot of time writing in the University’s Graduate Centre, which has got to be one of the most interesting rooms in the city, with its mix of amazingly clever people from all over the world.”

From this room, future plays from this talented writer continue to emerge. Next on the horizon are a trans-language stage play and an adaptation of Henry James for BBC Radio Four. It will be work worth listening out for.