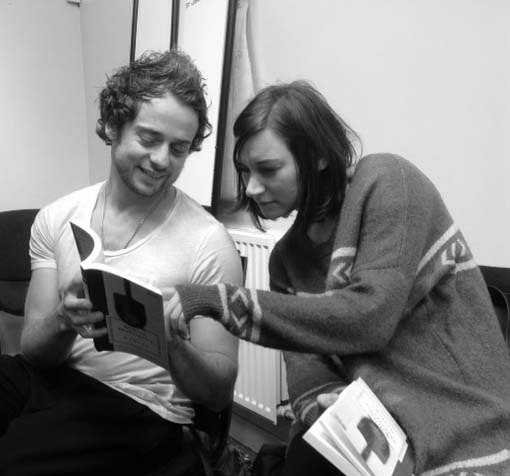 The York St John University cultural fellows will be on campus to talk about their experience including their work with University Shakespeare Perspectives tutors Julie Raby and Saffron Vickers Walkling.

Pippa and Alex worked together on the RSC's 2013 production of As You Like It. They played Rosalind and Orlando. In the same season they played Ophelia and Horatio in Hamlet, and Alex played Bertram in All's Well That End's Well. In the previous season, they starred in Maria Aberg's seminal production of King John. More recently, Pippa played Ariel in the Sam Wannamaker Playhouse production of The Tempest and Alex was Henry VI in Trevor Nunn's revival of the Wars at the Roses at the Rose Theatre in Kingston.

Currently, Alex is playing Brutus in the Royal Shakespeare Company (RSC) production of Julius Caesar, which will transfer from Stratford-Upon-Avon to the Barbican in November.

2015-16
Rachel Atkin, York St John alumni, said “meeting Alex Waldman was one of the highlights of the Shakespeare module."

The event takes place on 1 November, 11.00am – 12.00pm in De Grey Lecture Theatre, York St John University. The event is open to staff, students and members of the public. To book your free tickets visit the Eventbrite page. For more information please contact Julie Raby (j.raby@yorksj.ac.uk) Lecturer in Literature, Media and Education.